Barcelona takes its time before handing a debut to teenagers in La Liga. In 1941, the late Vicenc Martinez became the youngest La Liga debutant for the Catalan giants, when he appeared in El Clasico aged 16 years and 280 days.

Lionel Messi rose to become the Blaugrana’s second-youngest debutant when he made his bow aged 17 years and three months in 2004. Move aside Messi – Anssumane Fati has dethroned the Barca skipper in that regard. The Guinea-Bissau export made headlines when he appeared for the league-defending Champions against Real Betis – he was just 16 years and 298 days old.

The most popular football academy in the world is Barcelona’s La Masia. And it isn’t surprising it’s produced another highly-touted player. Fati joined the famous academy in 2012 after moving from Sevilla. He was only 10 years old at the time.

Upon arriving in Catalonia, he immediately joined Barca’s Under-13s. He donned the famous colours for every other Barcelona age group - before getting the call to play for the Barcelona B team by Coach Francisco Garcia.

His promotion to the B-side came in the aftermath of his fine displays for the Under-19s last season. Fati was integral in their run to the semi-final of the UEFA Youth League in 2018/19. The youngster scored four times and provided three assists in his nine outings in the competition.

With Fati’s burgeoning reputation, Barca didn’t hesitate to offer him his first professional contract this summer. That deal will elapse in July 2022, but there’s an option of a two-year extension. It’s reported first-team exposure was an added incentive.

Still, it was a huge surprise to see Fati make his senior debut this quickly...

With Barca having ripped apart Betis at Camp Nou – leading 5-1 before the 78th minute, Ernesto Valverde decided to hand Fati his moment of joy. 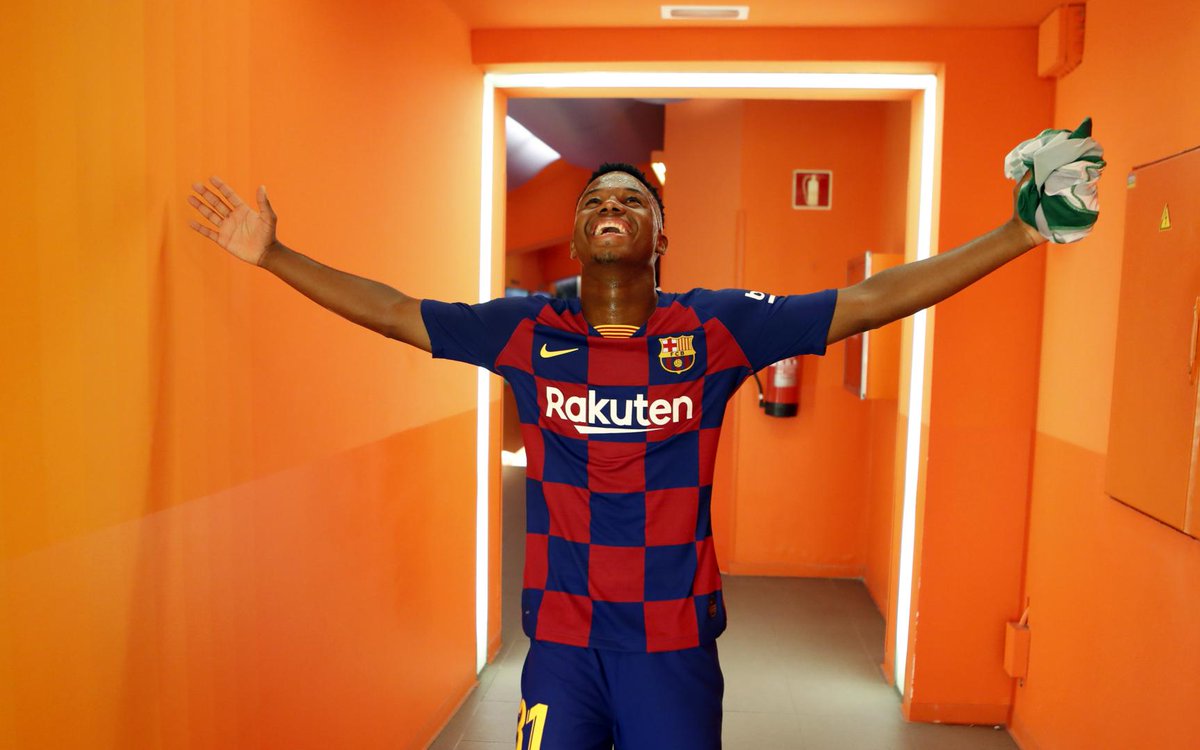 Despite the nerve-racking experience of appearing before a 90,000-strong crowd under blinding floodlights, Fati still managed to stir the Blaugrana crowd with a low shot that went wide.

What does the future hold for Fati?

Fati is a speedy forward who can play on either the left or right side of attack. Preferably the left-wing because he’s right-footed which gives him the option to cut inside.

With his talent, if he manages to keep a level head, stay healthy and continue to improve, he’ll certainly mature into an important first-team player for Barcelona.

According to La Liga regulations Barcelona had to obtain a signed consent from Fati’s parents before he was allowed to feature in a late-night fixture for the first team. That’s certainly the sort of late nights you want your kids to keep!

Fati’s appearance in the first team isn’t unrelated to the injuries affecting the team. Messi isn’t fit enough to compete, neither are Ousmane Dembele or Luis Suarez. Their return will mean a crowded Barca attack which means Fati must drop down to a lesser team. Before the start of 2019/20, that drop would’ve been seen as a promotion to the Juvenil A side [Under 19s] managed by Victor Valdes. Barcelona B now awaits with open arms.

Last season, Barca B finished a disappointing eighth in the Segunda Division B [Spain’s third tier]. Winning promotion to the Segunda Division has been identified as the main objective in 2019/20. And someone like Fati can really help. In return, the youngster will gain vital playing time.

A key ingredient in Fati’s development will be how many times he appears for the senior team. You simply have to look at the most successful La Masia alumni to grasp this perspective.

We’ll be watching with keen interest to see how many more opportunities Valverde offers Fati. Hopefully, this wasn’t a flash in the pan...