Can success be a hindrance? Burnley may think so.

After a sensational 2017/18 season to finish seventh, claiming Premier League’s ‘best of the rest tag’, the Clarets flirted with relegation last campaign. Despite recovering to retain their top-flight status, six early Europa League qualifiers clearly took its toll. They picked up just one point out of a possible 18 during that period. Better is expected in the next ten months.

Sean Dyche will demand improvement. Since taking charge in 2012, the 48-year-old has confirmed he ranks as a capable manager. Winning the 2015/16 Championship title ignited something special, in both him and his team. He’s guided Burnley to new heights, leading many to believe ‘Ginger Mourinho’ deserves a more lucrative job elsewhere.

Fortunately for Clarets fans, Dyche remains. That’s unlikely to change anytime soon. Bookmakers have him as the Premier League’s joint-fourth safest boss at present. No real surprise considering both his past successes and affection for the Lancashire club. The Kettering-born makes the most of what he’s got, ensuring each player is fully committed, prioritising substance over style, defensive solidity over attacking flair. Such pragmatism can often be faulted. In this particular instance, it’s difficult to do so.

Dyche’s budget is minuscule compared to most rivals. In 2018/19, he was afforded £29.7 million, the division’s fourth-lowest amount. So far this window, Burnley has forked out a meagre £6 million. Only Liverpool, Crystal Palace, and newly-promoted Norwich have spent less.

Incomings include one youthful, one experienced full-back, in Ryan Cooney from Bury and Erik Pieters. The latter, costing close to £1 million, made 169 Premier League appearances at Stoke City. He’s also earned 18 Netherlands caps.

Pieters will strive for a starting spot this coming season. As will striker Jay Rodriguez, who joined from West Bromwich Albion for a bargain £5 million three weeks ago. A notable signing, the Burnley-born netted 15 top-flight goals at Southampton in 2013/14. Last campaign, he struck 22 times to finish as the Championship’s sixth-highest scorer. Can he transfer such composure? 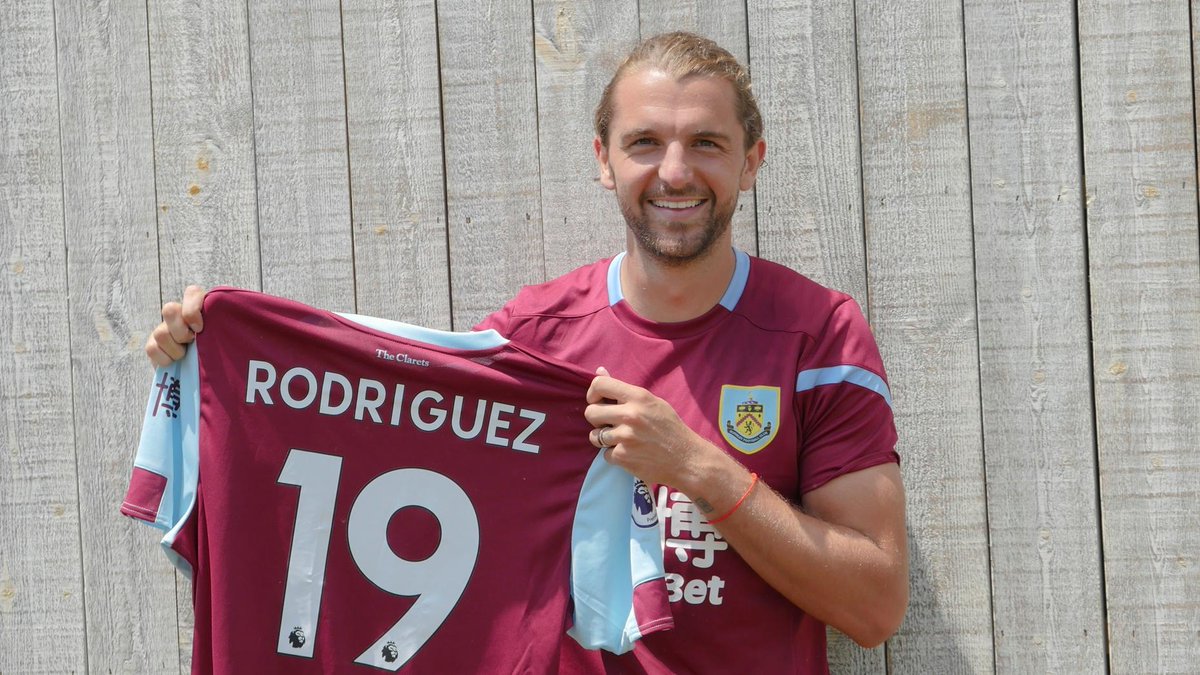 Rodriguez will compete against two competent forwards for a regular role in Burnley’s likely 4-4-2 system. Chris Wood, as the team’s focal point, scored ten league goals last season. The 56-time capped New Zealander can become more prolific. He’s a decent finisher, as well as efficient aerially. Complimenting him is Ashley Barnes. The Englishman continues to improve. Not only does he work hard to win back possession while providing a link between midfield-attack, but he’s also notched 12 times since September.

Barnes and Wood are offered support by left-winger Dwight McNeil. The 19-year-old hasn’t looked back following his first goal ten months ago. Dangerous dribbling in addition to superb crossing helped him net twice more and record five assists. Great things are expected. On the opposite flank, Jeff Hendrick is a steady presence. The Republic of Ireland international, who has 49 caps including starting all four this year’s Euro 2020 Qualifiers, comes into his own when picking out long passes.

Sitting deeper, tasked with protecting the backline, is Jack Cork. The former England youth shows intelligence to know what’s going on around, making himself available at all times. His reliability extends to having missed just one match last season. Alongside him, Ashley Westwood supplies much-needed invention. The 29-year-old, soon entering his eighth Premier League campaign, provided seven assists in 2018/19. He continuously keeps things ticking over.

In goal, three England internationals battle it out. Nick Pope sat out six months from July to December through a shoulder injury. Now fully fit and raring to go, the 27-year-old deserves another opportunity. Strong reflexes coupled with brilliance in blocking shots bagged him his club’s Player of the Year award in 2017/18.

At right-back, Matthew Lowton has turned exciting promise as a youngster into assured performances as a 30-year-old. He’s industrious, possesses tackling ability and adds something going forward. As does left-back Charlie Taylor. The 25-year-old covers the wing to deliver accurate crosses while measuring up defensively. He played all 38 contests last term.

Arguably the most important players are two central defenders. Ben Mee and James Tarkowski are crucial to Dyche’s system predicated on a solid rearguard. Epitomising determination, the pair seeks to win every challenge, clear every ball, block every shot. Between them, they’ve experienced 129 top-division games. Each excels at heading and outmuscling opponents. A positive start to the season will put both in contention for Three Lions selection. 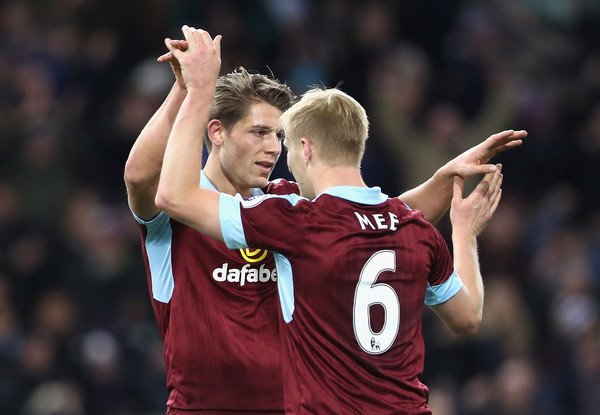 Statman Dave
StatmanDave
Follow
Most shots blocked in the Premier League this season:

The Clarets are having a mixed pre-season. They defeated Port Vale, lost to Crewe Alexandra, beat Fleetwood Town then drew away at Wigan Athletic three days ago. Rodriguez and McNeil netted in that game. Their two remaining friendlies are both at home, against Nice tonight followed by Parma Saturday afternoon. The sole absentee is Defour, who’s calf strain will keep him out until September’s end.

Dyche’s men begin league proceedings against Southampton, a week on Saturday at Turf Moor. Grinding out a victory is more important than usual as their next three matches - away at Arsenal, a trip to Wolverhampton Wanderers before welcoming Liverpool - are all tough tasks. September is kinder with a home encounter against Norwich in between travelling to Brighton & Hove Albion and Aston Villa. It’s imperative they collect at least nine points prior to October in order to avoid previous year’s panic.

Since Burnley secured an unlikely European place, most other Premier League teams have improved. Factor in their disappointing results last time out and little strengthening in between, many feel they’re 2019/20 relegation candidates. Times shouldn’t get that desperate, though. With no Europe to contend with, they can prepare fully for each game. A mid-table finish is achievable. A repeat of 15th more conceivable.