What does the future hold for AFCON golden boy Ismael Bennacer?

Algeria's golden generation finally reached the stars in Egypt. Les Fennecs clinched the Africa Cup of Nations (AFCON) after almost three decades. In a galaxy-like squad littered with experience, 21-year-old Ismael Bennacer stood out. What does the future hold for the wantaway Empoli midfielder?

Djamel Belmadi caused a stir with his final selection for AFCON. Unlike his predecessors, the ex-international showed little regards for the ‘so-called' established stars. There was no place for former Tottenham prodigy Nabil Bentaleb. Faouzi Ghoulam, Saphir Taider, Andy Delort, Rachid Ghezzal, Said Benrahma and Ishak Belfodil were also ignored from the 23-man roster.

Belmadi reckoned injecting some young guns could balance his ageing squad with an average of 28. Instead of speed off to France to fill the team's ranks, he resorted to homegrown players like Youcef Belaili and Djamel Benlamri. Somehow, though, Bennacer - a Les Bleues at the junior level, still sneaked into the flight.

Whereas individual skills trumped in the pre-Belmadi era, a new philosophy developed. Everyone, including the team's strikers, would work hard and defend. Those unwilling to adapt faced the consequences. Islam Slimani and Yacine Brahimi were most affected – reduced to being mere spectators...

Belmadi was famed for an attractive brand. The ex-Manchester City midfielder had proved his knack for keeping possession, with quick, progressive passing, dizzying attacks and often an impenetrable backline. Perhaps his time England nurtured a bias for a 4-3-1-2 system that moved from compact defence to expansive offence.

In Bennacer, Belmadi found a worthy disciple notwithstanding his French root. He was given the task of crafting everything for his teammates. Although capped a dozen times, the 21-year-old was still under immense pressure to justify his manager’s trust in Egypt. He didn't disappoint.

Algeria was the most adaptable side at the tournament. They were able to dominate possession, playing out from the back and overload the midfield with wide players. When possession was ceded, they relied heavily on counter-attacks or direct play up to striker, Baghdad Bounedjah. They press high up the pitch to regain the ball, or set their pressing line around the halfway line. It worked a treat. 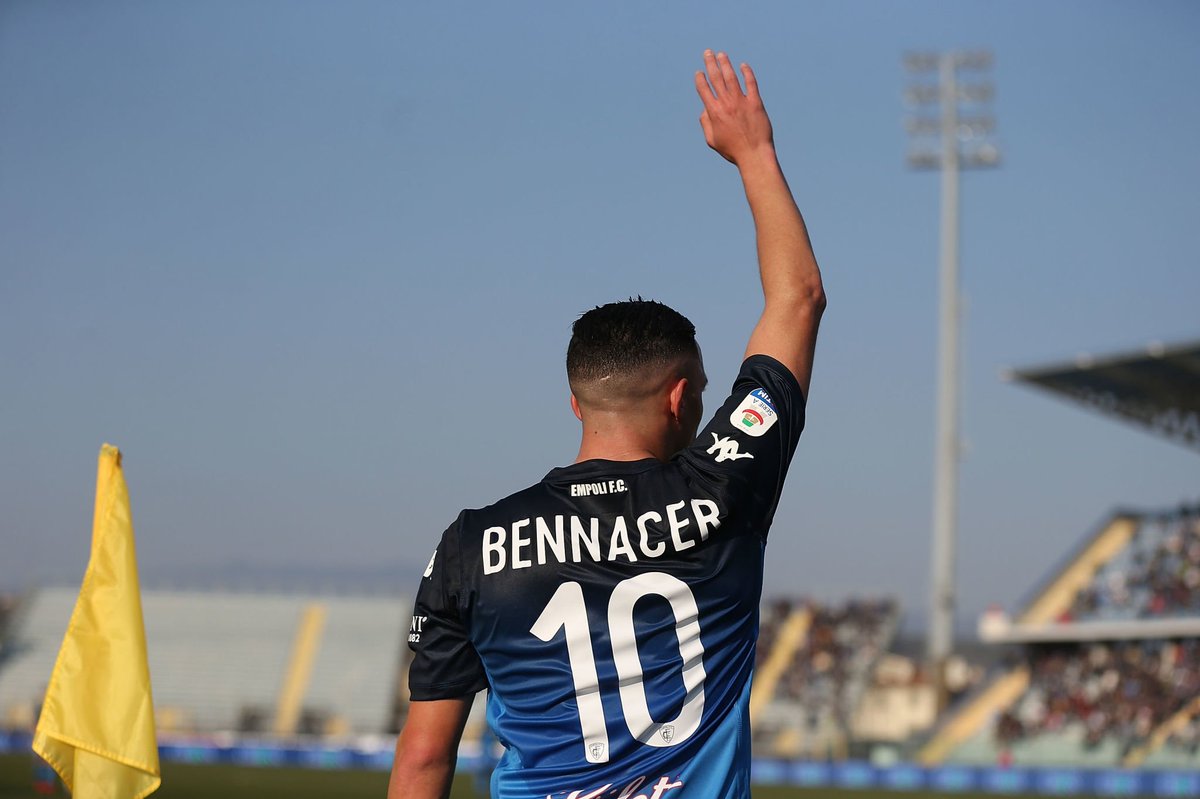 Scouted Football
ScoutedFtbl
Follow
Ismaël Bennacer (21) compared to his Empoli team-mates in Serie A during 2018-19:

This was enough to bring the title to Algiers. The Desert Foxes finished the competition undefeated, overcoming heavyweights such as Nigeria, Ivory Coast and Senegal twice on the road. Bennacer was instrumental for his country and rightly awarded the Man of the Tournament.

A typical regista, the Empoli man was the brain behind everything productive. He orchestrated play from deep, utilising wall passes and flicks to blitz man-marking schemes in the middle. His clipped through balls were a true delight, creating clear-cut chances every game. No player matched his three assists.

Bennacer was ever-present for his nation, starting all seven matches. He, racked up impressive numbers; almost 90 per cent pass completion, 10 tackles won and 12 successful dribbles. The Arsenal product could be on his way to AC Milan after just two years at Empoli.

The Franco-Algerian left London in 2017 for Italy after making just one appearance in all competitions for the Gunners across two years at the club. Bennacer's deal included a 30% resale clause which means that, if the expected €18m switch to Milan pulls through, Arsenal will pocket around €6m of this.

Bennacer only missed one Serie A match for Empoli last season and made 32 starts for the relegated outfit. The midfielder registered five assists in that time and only Nicolo Barella (99) made more tackles than Bennacer (95) of players aged 23 and under.

He is perfect for Milan. The Rossoneri is short of options in midfield following Bakayoko return to Chelsea. He fits a similar profile to the kind of holding midfielder that Milan craves. Under Marco Giampaolo, Bennacer could mature into a world-beater.