What can Chelsea do about their Eden Hazard problem?

This season has proven to be a difficult one for some 'elite' Premier League sides. While Liverpool and Manchester City pulled away in arguably the best title race in Premier League era, many were left to wonder where they had gone wrong, Chelsea included.

The Blues have endured a bittersweet season. While they've been forced to scrap it out for a top-four place, they've also managed to reach the final of the Europa League where they'll meet Arsenal in an all-London affair.

Although a commendable accomplishment, the Europa League isn't exactly the competition Chelsea fans dream about. However, with third place secured and Champions League football to look towards, the Stamford Bridge side would've hoped it would be enough to keep hold of their talisman; Eden Hazard.

Hazard joined Chelsea in 2012 for a fee said to be around £32million mark. Since then, the Belgian has won two Premier League titles, two FA Cup crowns, a Europa League trophy and one Carling Cup winners medal. Individually, Hazard was named PFA Player of the Year award in the 2014/15 season, while scoring 82 times and assisting a further 50 in 237 appearances; cementing himself as a Blues legend in the process.

The 27-year-old has continued to blossom this season despite another managerial change; scoring 13 goals and assisting 15 in just 29 appearances. This has unsurprisingly brought back the attention of struggling giants Real Madrid. Los Blancos have courted Hazard for a while now, and with Zinedine Zidane seeming to disregard Gareth Bale, a move for the brilliant Belgian certainly looks to be on the table.

A possible obstacle could have been Chelsea's two-window transfer ban, which was appealed to no avail by the 4-time Premier League Champions. Since then, though, reports have emerged that stating Chelsea would not stand in the way of Hazard's departure, with Maurizio Sarri stating that he only wanted players who wishes to be at the club. 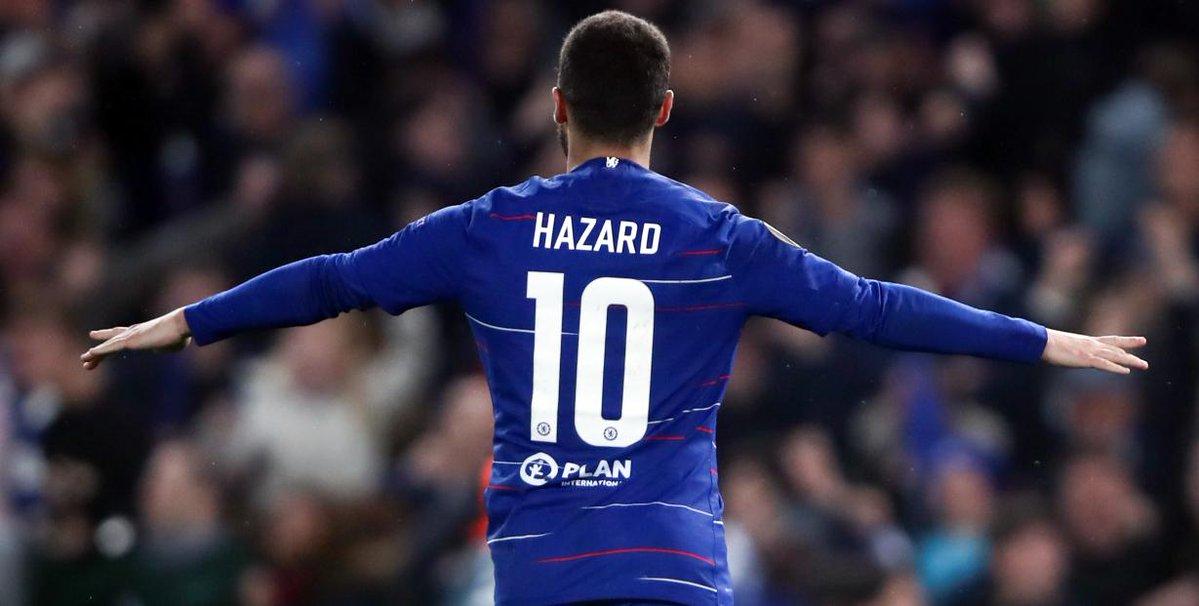 Chelsea does have the option to take the transfer ban case to the Court of Arbitration for Sport. They have the power to delay any ban until the appeal process has reached a conclusion, which is seeming ever more likely as they look to delay or potentially avoid their transfer suspension. If the ban stands, fans can rest assured they won't be left wanting without Hazard next season.

In January, Chelsea completed the signing of former Borussia Dortmund starlet Christian Pulisic; who is set to make the move to Stamford Bridge this summer. The 20-year-old American will bring an injection of youth to the Chelsea frontline. His blistering pace and impressive skill, coupled with his massive potential to improve could possibly fill the void should Hazard depart this summer.

Although assuming Madrid are successful in their attempts and Hazard does leave, they will most certainly be in the market for a well-established replacement, giving Pulisic time to adjust and adapt. Recently, one name seems to be coming up more frequently with each passing day... Philippe Coutinho.

The ex-Liverpool man moved to FC Barcelona just last year, seeing his Catalonian dream become a reality. In his short stint at the Camp Nou, it's fair to say things haven't gone according to plan. In 42 outings the Brazilian has scored 9 times and assisted just 5. If reports that the Catalans are on the verge of signing Antoine Griezmann are true, that would leave little space in the lineup for the Brazilian Coutinho.

A move to London would make sense for both parties. Coutinho has already proven himself in the Premier League while having a similar playing style to Hazard. Both prefer to play on the left, often cutting inside and taking a shot on goal. When you factor in that Chelsea already have four other Brazilians in the team, there's no doubt he would settle into the dressing room nicely.

Chelsea may well have to fork out over £100million as Barcelona would look to recoup some of the £140million they spent buying Coutinho, though, which is obviously a sizeable amount of money. Although, you'd imagine the shrewd negotiator that Roman Abramovich is, you wouldn't bet against him being able to persuade Barca to lower their demands for a man who could fill the potential Hazard-shaped hope perfectly.

Bradley is fun loving guy. He is throughly obsessed with everything football, he wishes he could be a ghost on the field everytime they played whispering in their ear and helping the ball along. His aim in life is to be hard working ,successful and happy.