How will West Ham spend their summer?

After finishing 13th in 2017/18, West Ham United jumped three Premier League places this past season. Manuel Pellegrini’s debut in charge proved decent if not spectacular. The Chilean must do more to fully appease Hammers supporters. His summer business will prove crucial to achieving that.

West Ham have shown a clear desire to compete in the Premier League’s upper echelon. Not only did they fork out close to £91 million on signings in 2018/19, the division’s sixth highest amount, but they’ve also announced plans to add 6,000 extra seats into the London Stadium, making it the country’s second largest capacity football arena. Such ambition now needs reflecting on-pitch. The Hammers must purchase some quality in this transfer window while holding on to their key players.

The club’s outgoings read seven names so far. Striker Andy Carroll was released and is yet to find a new home. Fellow frontman Marko Arnautovic ended his turbulent spell in east London three days ago, signing for the Chinese Super League’s Shanghai SIPG. Lucas Perez is another forward to leave having joined La Liga’s Alaves. Goalkeeper Adrien along with Moses Makasi were both let go once contracts had expired. As was attacker Samir Nasri, who’s since linked up with former Manchester City teammate Vincent Kompany, at Anderlecht. Completing this list, central midfielder Edimilson Fernandes moved to Bundesliga’s Mainz.

West Ham used a large proportion of the £31 million taken in sales to obtain Pablo Fornals. The attacking midfield arrives from Villarreal with real pedigree. He recorded five La Liga goal contributions in 28 starts this past campaign before playing a vital role in Spain’s U21 side which won the European Championship at June’s end. In addition, he’s earned two senior international caps. 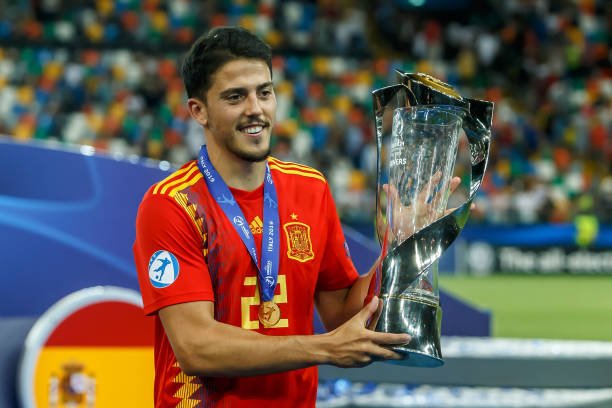 Uber West Ham
UberWestHam
Follow
Jack Wilshere: "I was thinking about it the other day and we've signed Pablo Fornals to add to our squad and I think we've got a really good squad. He's a really good player who will add to our team, he's only 23. He's come in for a big fee but he looks like a quality player." https://t.co/Gk338faV0Y
Follow
13:39 PM - 8th Jul 19
2
137

Fornals’ accomplished dribbling, passing and link up play will mirror that of Jack Wilshere to help form a formidable double act. The English midfielder is yet to show Hammers fans his true capability. As while at Arsenal, he’s failed to escape ankle injuries, the kind which has forced him to sit out 30 matches since September. Will the 27-year-old ever put such problems behind?

If he can, then Wilshere’s potential, the height of which was on show when named 2010/11 PFA Young Player of the Year, will supply West Ham’s craft and creativity in central midfield to work alongside others’ more watchful approach. Having recently emerged as a Three Lions starter, Declan Rice commands the anchoring role. Experienced Colombian Carlos Sanchez is an adequate back-up. Mark Noble and Pedro Obiang will play an important part, too, both providing much-needed balance.

In wider areas, Pellegrini is somewhat spoilt for choice. Michail Antonio and Robert Snodgrass scored a combined 11 competitive goals this past season. The two’s reliability won’t prevent them from playing second fiddle. Club record signing Felipe Anderson has shown a greater quality since arriving last June. He’s already netted ten times. Andrii Yarmelenko also impressed before a ruptured Achilles meant seven months on the treatment table. He should be back in time for August’s kick-off. If not, youngster Grady Diangana could step up.

The Hammers’ main issue to resolve is up top. Arnautovic, Perez, and Carroll’s departures have left them with a shortage. Those three accounted for 18 goals in 2018/19. Javier Hernandez is the only senior striker remaining. Prior to yesterday, his future seemed to lie away from England’s capital, too. Being handed the club’s number nine shirt changes things.

Despite Chicharito’s likelihood to stay, West Ham require another forward. Celta Vigo’s Maxi Gomez was reportedly close to joining before a £45-million deal fell through two days ago. It’s thought the move can still be resurrected. The Uruguayan, who’s notched 30 La Liga goals since August 2017, is wanted at Valencia as well.

ForeverBoleyn
Forever_Boleyn
Follow
West Ham have not yet thrown in the towel in the race for Maxi Gomez.

Celta Viga prefer the sale to Valencia as they'll receive payment in one lump sum, with 2 players from Valencia joining. However, the Hammers trying to persuade the striker to push through a move to London. https://t.co/PCDyxjaWcX
Follow
17:12 PM - 10th Jul 19
0
1

Should Gomez not arrive, the Hammers have several other possibilities. One is to deploy central midfielder Manuel Lanzini as a ‘false nine’. He could use his technical gifts up top similar to how both David Silva and Cesc Fabregas once did for Spain. The Argentine proved a reasonable goalscorer under Slaven Bilic, netting 8 times in 35 league games during 2016/17.

Retaining hope of a marquee signing, Gonzalo Higuain is up for grabs. Juventus doesn’t want the marksman after his loan spell at Chelsea ended. Reports suggest he’s on West Ham’s radar. A more sensible purchase, though, is Sebastien Haller. The Eintracht Frankfurt hitman has recently been linked to a £36-million switch to the London Stadium. His performance while bagging 14 Bundesliga goals this past campaign caught Manchester United's attention as well.

At the other end, Pellegrini’s added to his goalkeeping options by bringing in Roberto and David Martin this summer. The two free transfers will provide back up to undisputed number one Lukasz Fabianski.

The Pole is among the Premier League’s most underrated shot-stoppers. In part due to West Ham conceding 55 goals this past season, most of all the top-half teams. Yet, that was more to do with their defence than their keeper. Although full-backs Aaron Cresswell, Arthur Masuaku, Pablo Zabaleta, Ryan Fredericks, and centre-halves Angelo Ogbonna, Steven Reid, Fabian Balbuena are all decent when in top form, particularly the former, adding someone like free agent Gary Cahill would help sure things up.

Issa Diop is the Irons’ shining light defensively. The Frenchman is rumoured to have attracted interest from Man United. Messrs Gold and Sullivan must resist temptation to cash in. Any money garnered can’t make up for losing a talented 22-year-old who possesses an ability to outmuscle opponents then win back possession. Even more considering they’ve only had ten months out of him.

Perhaps there’s a Diop hiding in Reece Oxford. The English defender was predicted a bright future at West Ham, mainly owing to his performance on league debut in a 2-0 victory over Arsenal three years ago, aged only 16. Since then, he’s been around the block on loan at Reading, Borussia Monchengladbach, and most recently, Augsburg. Is now his time to emerge as a Hammer? 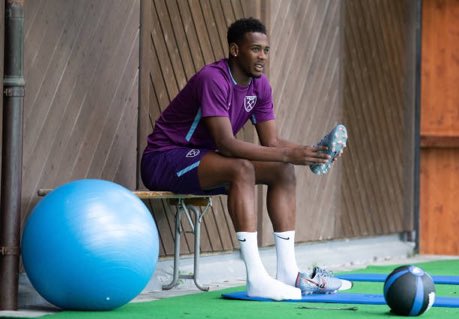 WHUFC Bulletin
whufcbulletin
Follow
It is believed that Reece Oxford may be given a final chance by West Ham to prove himself. ⚒ https://t.co/B9Ua9C45ps
Follow
21:52 PM - 4th Jul 19
0
48

Pellegrini’s men are currently on a similar standing to Everton, Leicester City, and Wolverhampton Wanderers all aiming to break up the Premier League’s big six. To reach their peak, they must first improve in a few areas.

With the goalkeeper and full-back positions both sorted, West Ham should bring in an experienced centre-back this summer. Their midfield is strong enough to meet the necessary challenge. Further up the pitch isn’t. Pellegrini’s main priority must be to sign a prolific goal-getter. Only then will his team threaten a European place.