The Champions League is renowned for producing classic matches that make for exciting viewing anytime, anywhere. The 2005 final at the Ataturk Stadium in Istanbul, Turkey, involving Liverpool and AC Milan quickly comes to mind. Barcelona's comeback from 4-0 in the first leg to defeat Paris Saint-Germain 6-5 on aggregate in 2017 ranks up there as well. So does unfancied AS Roma’s 3-0 humbling of Barcelona at the Stadio Olimpico just last season.

This campaign has also served us a huge dose of thrilling matchups that will be remembered for years to come. Ajax has been the surprise package of the competition so far, knocking out holders Real Madrid and one of the favourites, Juventus. And it's not just that but the manner in which it has happened...

There's hardly anybody on the planet who would have as much as entertained the thought that the Netherlands side that has become a shadow of its former self in recent times will go to the Santiago Bernabeu and beat the defending champions so comprehensively with a 4-1 margin. That's more so after losing the first leg at home 2-1. But as if to prove that wasn't a fluke Erik ten Hag’s team stunned Cristiano Ronaldo and Juventus at home 2-1 to make it to the semi-finals.

When the draw for the quarter-finals and the semis were made, many (including yours truly) thought the semi-final will be contested by Barcelona, Liverpool, Manchester City, and Juventus. But football never ceases to surprise. While the former duo made it, the last two fell by the away side. Juventus spent a huge chunk of money to acquire Mr Champions League from the Spanish capital. Winning the competition five times while playing a leading role in that success makes Cristiano Ronaldo special as far as European football is concerned. But ultimately, five goals in the last three matches were not enough to carry the perpetual Italian champions to the next round of the continental showpiece.

Speaking of investment, Pep Guardiola has virtually been on a shopping spree since taking over at the Etihad Stadium. A combined £233.1 million spent on defenders alone tells the whole story. However, despite going empty-handed in his first season at City, he produced results last term winning a domestic double. But he is not the first to win either of the Premier League title or the League Cup with the Cityzens. Both of his predecessors Roberto Mancini and Manuel Pellegrini won them. 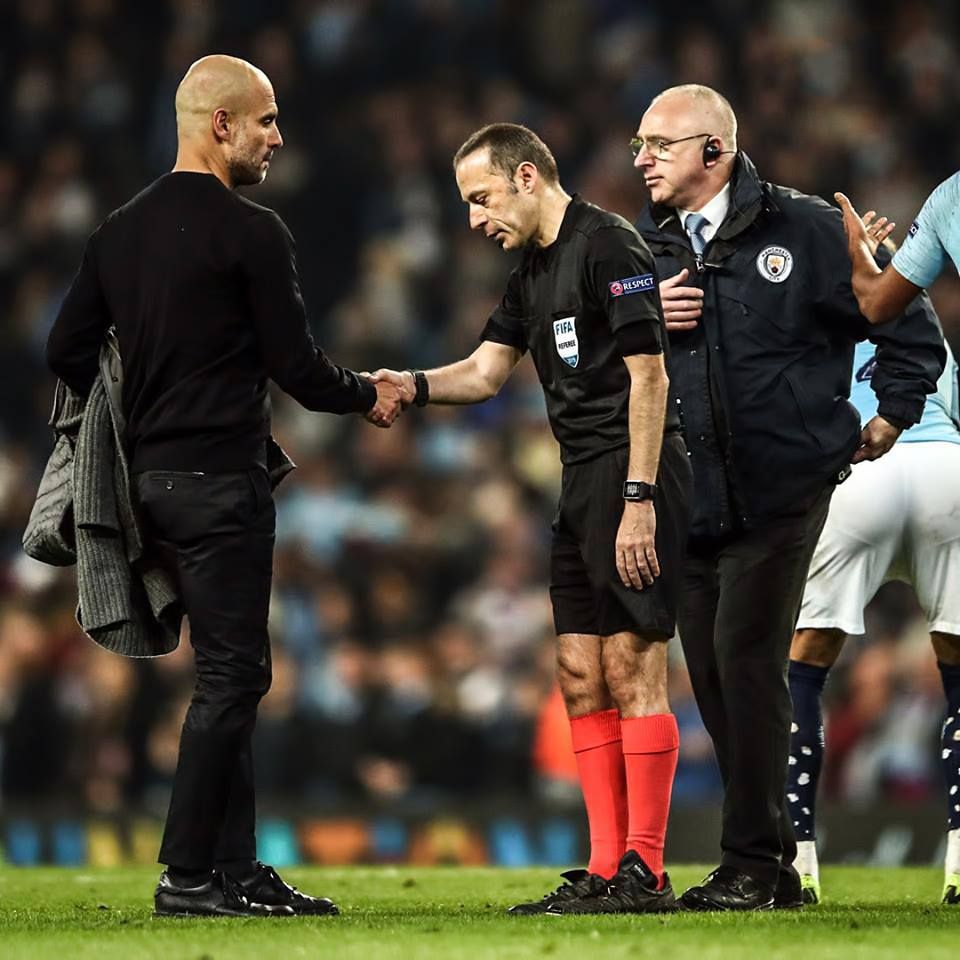 FootballFunnys
FootballFunnnys
Follow
Pep Guardiola: “Congratulations to Tottenham. I'm for fair football, the referee has to be helped. An offside is an offside. You can't say anything. Sport becomes fairer with VAR, that's all that matters."

Yet the Champions League has eluded the club. And so success in Europe was expected from him whether he liked it or not. Unfortunately, he has not been able to make progress in the competition. Despite beating Tottenham several times home and away since becoming Man City boss, he was unable to repeat the feat over two legs to advance in the Champions League.

Mauricio Pochettino has done an amazing job with the London club. Since taking over in 2014, the club has witnessed upward mobility. Apart from his first year when the club played Europa League football, he has turned Spurs into title contenders as the team has consistently finished in the top four. Considering how competitive the Premier League is, that is no mean feat. The likes of Arsenal, Chelsea and even Manchester United have had to miss out on a top four place at one point or another as Tottenham has taken their place.

The Lillywhites capitalised on Man City's inexperience and Guardiola's tactical flaw in the first leg as he went unnecessarily defensive, to knock the Sky Blues out of the competition. Spurs played a perfect game at home preventing Guardiola's free-scoring side from finding the back of the net, even from the penalty spot. The visitors just didn't pose the usual threat in front of goal. So after Heung-min Son scored for the home side in the in the 78th minute, it was all about the reverse fixture.

Away goals were now the key factor in the tie. And despite missing their talisman Harry Kane due to injury and Dele Alli playing with a broken hand, Tottenham scored three away goals on the night. It may seem cruel on the Cityzens that despite scoring four on the night, they were still eliminated, but it would have been even more cruel on Pochettino and his men who came out and fought valiantly despite facing several disadvantages.

Based on that, the Lillywhites deserve their place in the last four. As for Man City and Guardiola, it's not the end of the world. There's still a lot to play for. Winning the Premier League and/or the FA Cup will at least serve as consolation. Next season is another opportunity to start all over again.