Can anyone challenge Manchester City and Liverpool in 2019/20?

The concept of having one or two clubs exerting dominance over their counterparts in a domestic league has become a popular trend in European football. It's a story that is playing out with more familiarity, particularly over the last decade.

Barcelona and Real Madrid almost belonged in an exclusive league in the La Liga during the past ten years (aside from Atletico Madrid's unlikely title win in 2013/14). Bayern Munich and Borussia Dortmund set standards for others in the German Bundesliga. The likes of Juventus and Paris Saint-Germain also asserted their superiority in Italy and France respectively.

Coming down to the Premier League, this concept seems somewhat unfamiliar. The English top-flight was ruled by multiple clubs without any solid stranglehold for many years. The likes of Chelsea, Manchester City, Manchester United, and Leicester City all laid their hands on the Premier League title - none of these sides were able to defend the crown until City last term.

Amongst the factors that propelled the Premier League to its current status as the most popular domestic league in the world is the level of competition. As a matter of fact, English football fans often boast about the intensity and unpredictability of their beloved division. The fact that even big teams find themselves struggling and a 'small' team like Leicester City can successfully ride to glory serves as their testimony.

However, there seems to have been a turning point. The Premier League now appears to be following the same pathway that her counterparts in Europe. With the exploits of Jurgen Klopp's Liverpool and Pep Guardiola's Manchester City, this is becoming increasingly difficult to argue against. 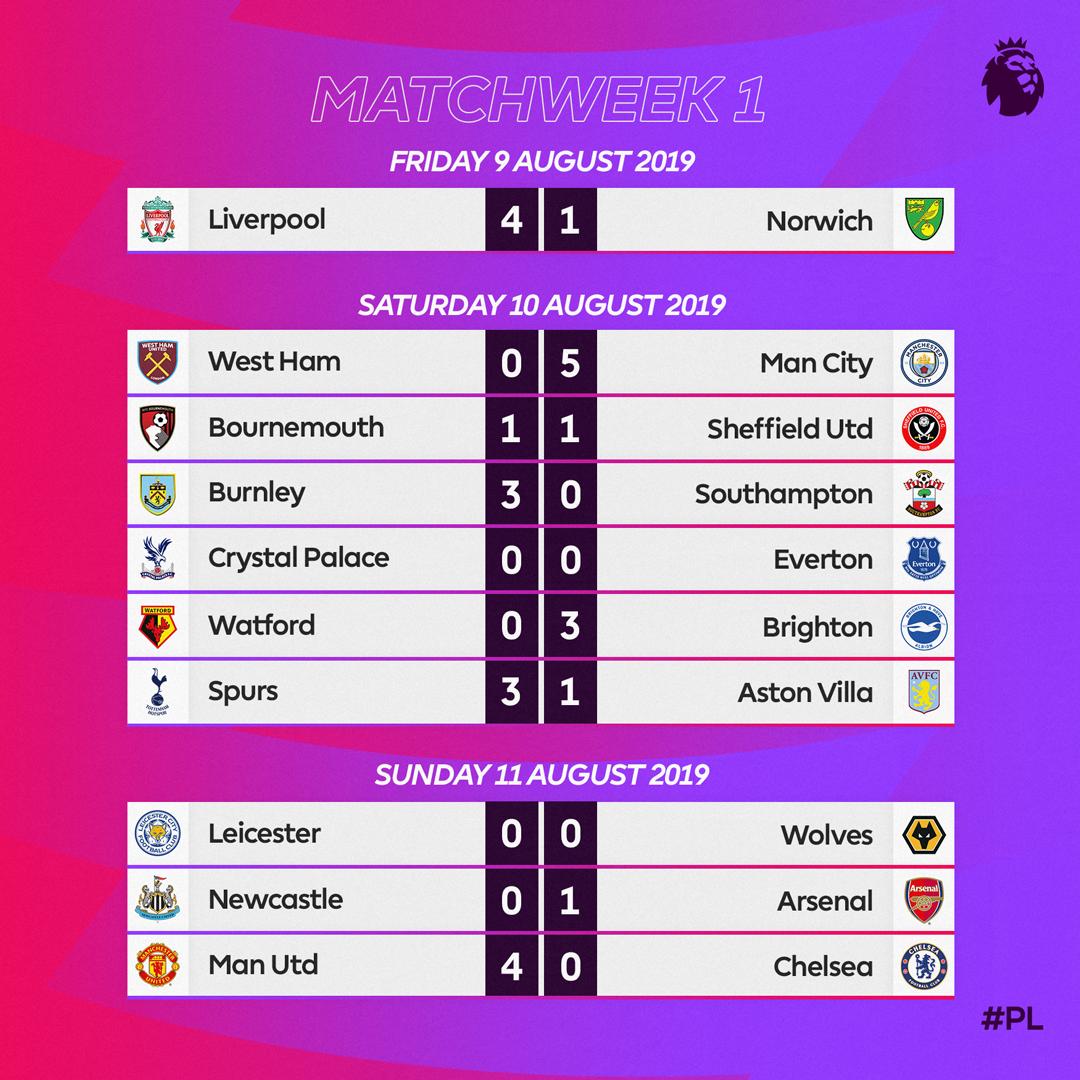 Premier League
premierleague
Follow
How are your #MondayMotivation levels? Is the weekend's #PL action helping?

The two sides were in a league of their own during the previous campaign, partaking in one of the closest title challenges ever witnessed in the history - going head-to-head in an intense battle that lasted throughout the campaign and right until the final day. City finished with 98 points, Liverpool with 97. Chelsea finished third with 72; a massive 25-point gap below the battle at the top of the table.

Guardiola's men eventually held their nerve and ensured they defended the title, but they were made to work severely for it as The Reds took the battle down to the wire, becoming the highest point total ever won by a runner-up. Liverpool would go on to win the Champions League, which significantly softened the blow.

During the summer, Klopp and Guardiola were reluctant to splash the cash like previous transfer windows. City signed Rodri and Joao Cancelo from Atletico Madrid and Juventus respectively alongside some other minor recruits - while Liverpool spent just £1.3million on Sepp Van de berg and have been boosted by the return of their recently-injured midfielder, Alex Oxlade-Chamberlain. Despite that, the two sides are still the strongest in the Premier League right now, and by a comfortable margin too...

That was evident in their opening fixtures this season. Liverpool kicked off the new campaign with a convincing 4-1 victory over Norwich. City, on the other hand, ran riot and hammered five past West Ham United. Given those performances, it appears the two clubs are taking up from where they left off last season.

That begs the question, can anyone stop them this season?

90min
90min_Football
Follow
The top six in the Premier League all get off to a flyer...

Manchester United started the new campaign brilliantly with their 4-0 victory over Chelsea, but it appears they still have some way to go. The Red Devils need to add more strength to their squad. Romelu Lukaku is yet to be replaced and the midfield also needs a major rework. It will certainly take time and investment to push the Manchester giants to the same level as Liverpool and City.

That result is also an indication for Chelsea that it will require some patience to find the correct balance under their new manager, Frank Lampard. Adapting to life with fresh tactics always takes some time. The departure of Eden Hazard has also weakened the squad. The Blues couldn't sign players during the transfer window due to their transfer ban and it appears clear that they lack the firepower to launch a title challenge this season.

Arsenal's best shot is to return into the top-four. The Gunners will surely be boosted by the arrival of players like Nicolas Pepe, David Luiz, Kieran Tierney, and William Saliba (though he's out on loan) but they still can't compare with the quality present at Etihad or Anfield. Returning Champions League football to The Emirates for the 2020/21 campaign would be considered a major success.

This leaves Tottenham Hotspur as the only side who could pose a challenge. Spurs made it into the Champions League final last term and they've significantly strengthened the squad. They'll be keen to build upon that success this season. Yet, they do not belong in the same class as City and Liverpool when it comes to quality. Many of their players are still behind in terms of experience and they definitely have serious work to do to improve their winning mentality before dreaming of challenging Liverpool and City.

Therefore, the aforementioned duopoly could continue for another campaign. Surely, it would take a miracle for any side to stop Pep Guardiola and Jurgen Klopp's men in the Premier League this season...