What will Alex Iwobi offer Everton?

Arsenal. New manager. New era. Unai Emery's decision to let go of Alex Iwobi came as a huge surprise to some. The young midfielder fit into the Spaniard's system almost perfectly. In fact, he was given more playing time than Mesut Ozil last season. Expectations rose. Perhaps the 23-year-old would become a crucial player for the Gunners in 2019/20. A dying-minute move away put all that anticipation into the bin.

Everton's ambition propelled a summer money spree. Moise Kean, Jean-Philippe Gbamin, and Fabian Delph were brought in, costing a combined £56 million. Andre Gomes joined permanently for £22.5 million having been on loan last campaign. The Toffees' most expensive signing, Iwobi's price tag stands at £27 million. Marco Silva is under pressure to produce with his reinforced squad.

Human beings aren't born to be stagnant. All seek progress at every point. This applies to the footballing world. Players and clubs alike want to move forward. To achieve such a feat, sacrifices must be made. The long-run will reveal whether it was fruitful or not.

No player wishes to switch to a lower team. Arsenal are bigger and better than Everton. The only possible consolation is more minutes on the pitch. However, Iwobi won't walk straight into Silva's starting eleven. He didn't feature at all in their opening two games, a 0-0 against Crystal Palace and a 1-0 win over Watford. Most recently, the Nigerian made his debut as a substitute in Friday's 2-0 defeat away at Aston Villa, playing the last half hour.

Understandably, Silva's system is built on his teams' strength. The Portuguese has presented a 4-2-3-1 formation in all three matches up to now. In central midfield, Gomes started each contest, partnered by Morgan Schneiderlin, twice, and Gbamin, once. Other ever-presents, Gylfi Sigurdsson is deployed in behind Dominic Calvert-Lewin, with Richarlison and Bernard on the flanks.

Iwobi won't displace either Gomes, Gbamin or Schneiderlin as he can't control the middle like those three. He's capable in Sigurdsson's role, but the Iceland international is a vital weapon. Bernard and Richarlison are the Toffees' best wing options owing to their creativity and goal-threat.

With Iwobi unable to thrive as a striker and replace Calvert-Lewin, it seems there's no space for him. 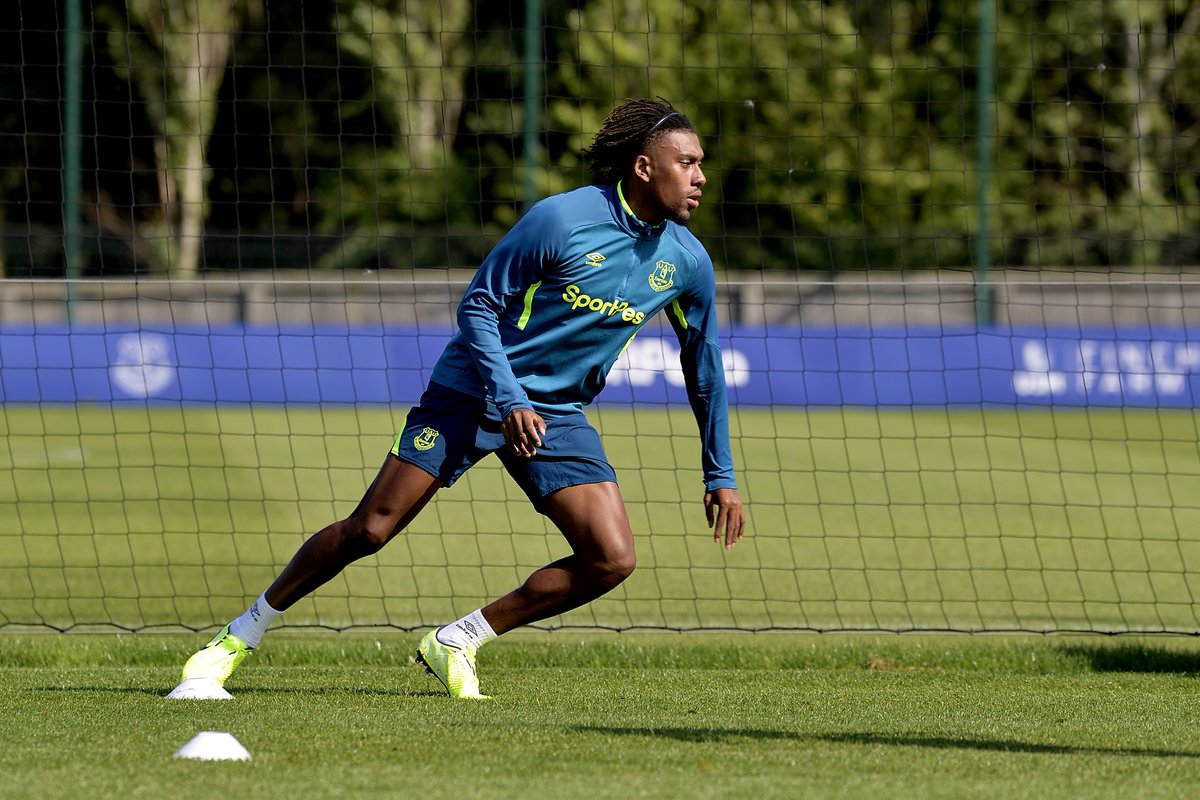 "I have looked at Everton transfers - some great talent brought in.

"The manager has worked with Richarlison for a long while and made a name for him.

How will he fit in?

Everton wouldn't have spent big on Iwobi if he wasn't needed. Silva will try other formations in order to accommodate his latest acquisition. The Nigeria international is good from either flank or centrally.

That means when a second creative talent is required, Iwobi can join Sigurdsson. He'll also take the right-wing should a two-man attack be used, most likely featuring Kean and Calvert-Lewin.

Another way of ensuring more game time is for Iwobi to improve. Increasing his work rate and defensive contribution, mastering attacking skills will undoubtedly grant him a significant role.

What will he add?

Iwobi's creativity can't be denied. His quick thinking and eye for a pass enable him to locate teammates. Everton are sure to be better for it.

Iwobi's dribbling is another plus point. Few modern-day attackers have his confidence to go up against a defender. He takes every opportunity to do so.

Nothing brings the best out of a team like competition. Iwobi's presence will make Toffees players fight extra hard for a starting spot. He will mount pressure on the regulars, ensuring they are always at their peak.

Moreover, Iwobi is experienced in Europe. He played both Europa and Champions League football at Arsenal, amassing 26 appearances in those two competitions. Everton's aim is to secure a European place. Should they achieve it, his know-how will help their journey.