Sadio Mane will be a key for Liverpool this season

Sadio Mane scored three times in the opening two games against Crystal Palace and West Ham United. He has now scored 14 goals from his last 18 appearances for Liverpool, breaking his previous best record of 11 goals.

The swap from no.19 to no.10 during the summer is not just a mere coincidence. Fans in Merseyside have seen the 26-year-old forward take a more creative role after the departure of Phillipe Coutinho in the January transfer window last season. The former version of Mane would have tried to dribble past defenders and create shooting space for himself when in possession. But, now he has redefined himself. He has taken up creative and playmaking responsibilities.  He connects with Andrew Robertson who takes the burden on him off on the left flank. The former Hull City man allows him to take up a central role whilst Firmino sitting in deeper positions.

Against deeper defences, it is necessary to dismantle the team and create space. Mane does just that. He draws his corresponding full-back from the 18-yard area making room for either Salah or Firmino to get into a comfortable area and makes a pass. This is evident from the pre-assists point of view.

It is not just the goals or assists. His confidence and decision making have also developed. The 2016-17 season was regretful for the former Southampton man as injuries made him miss many games. The arrival of Mo Salah last term affected him as he had to shift to the left flank now whilst the Egyptian rules the right wing. This massively undermined his confidence in the initial stages of the season. A red card versus Manchester City added more flame to the fire, When he returned, his confidence levels were all-but-extinct.

He regained his charm against Porto in the Champions League with a hat-trick. This was the turning point in his career and he has never looked back from then. He also scored against AS Roma in both the legs of the semi-finals.

A relatively low-key Word Cup campaign in Russia is something to forget for Mane. He has taken his blistering form for the Kop. Two Man of the Match awards demonstrates that he is the same Mane who won the Player of the Year honour in his debut season.

This is what Klopp had to say about the Senegalese forward after the 4-0 against Crystal Palace.

“Sadio is a very consistent player for us. His work rate is great. We have a very strange 4-5-1 formation with Sadio as a midfielder, Bobby [Firmino] being a midfielder more or less and Mo [Salah] being a striker, even though he plays in a little different position.

Who scores the goals is not too important but it was very important for us and very nice for Sadio that he could do it.” 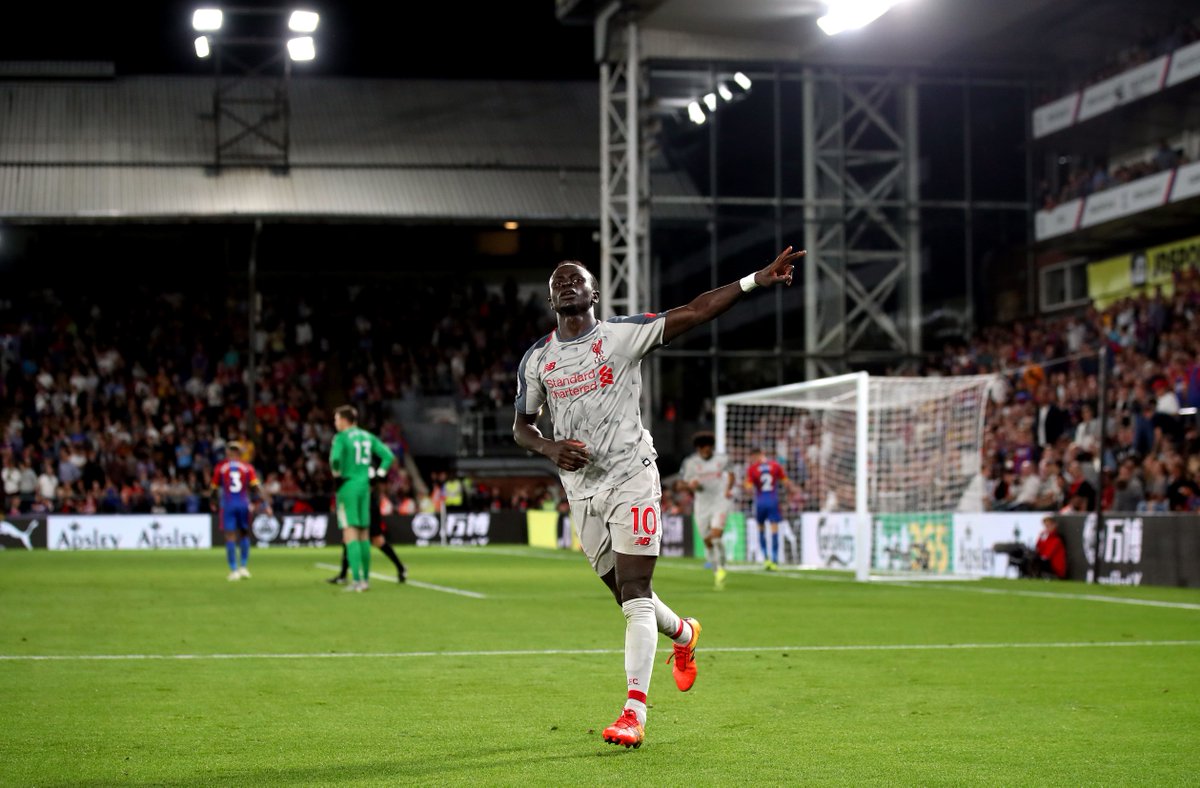 Squawka Football
Squawka
Follow
Sadio Mané's record across all competitions since moving to the Premier League:

His relationship and connection with Robertson and Naby Keita will be important. Keita's positional awareness decisive passing skills will help Mane to get in behind of the opposition's backline to create a shotting opportunity. His ability to pick the ball between the lines and rive forward is also which can benefit Mane. He attracts defenders which makes the opposition's defence vulnerable creating an opening for Sadio. The former Leipzig man overlaps with Robertson whose crossing is world-class which can also help in a tap-in for the other forwards. We have already seen a trailer of it against Crystal Palace as Keita takes up wide left position.

In his debut season, Mane scored 13 goals. Last season, he scored 20. It is under no doubt that he cannot improve his goal tally this season with summer reinforcements brought in the midfield. His goals can be a difference for Liverpool's title challenge and finally end the jinx. The expectation bar set by his fellow teammate Salah can also help him to get that pinch of motivation he needs.

I can already see him challenging the likes of Harry Kane, Sergio Aguero and Salah for the Golden Boot. He is perfectly accustomed to Klopp's style of play. His sheer pace, precise pressing skills, calm finishing and understated playmaking skills just add up more spice to it. My prediction is that he will score around 30 goals across all competitions.

The creator in-chief has been pulling the creative strings but has been the forgotten musketeer among the three several times last season. But it is finally time that he makes his own statement. He now looks hungry for goals and is primed to show the world his true potential. It is only three games into the season but we cannot ignore the fact that he is now ready to take the spotlight and be a talismanic figure at Anfield. The signs are far better than reality.

Hello, my name is Cherub Rai. I'm an aspiring engineer from India.