Whether you like the club or not, it's hard to deny that Leeds United have had a great season. Along with Norwich City and Sheffield United, the West Yorkshire side have been the stand-out team in the Championship.

However, a dip in form at the wrong time has seen Marcelo Bielsa’s side splutter towards the end of the season. Whether it was the pressure of a promotion push, the injury to top scorer Kemar Roofe or the fact that their manager can no longer spy on whoever he chooses, the Whites have fallen short of automatic promotion and must now negotiate their way through the playoffs.

Having been the only playoff side to have really contested for a top-two finish, you would be forgiven for anointing Leeds as favourites to join the Canaries and Blades in the Premier League next season. History, however, tells us that it is much more of a lottery.

In the 14 seasons since the revamp which saw the Championship created, the third-placed team was promoted seven times via the playoffs. In the other seven they failed.

Just because a side managed to finish as ‘best of the rest’ after 46 games, it doesn’t mean they will achieve success by the end. A squad’s strength in terms of playing ability matters a lot less in the playoffs. Far more important is heart, desire and fight. It’s a cliché, but the victorious side is usually the one that truly wants it the most.

Form and morale levels going into the playoffs can also make a huge difference. Of those fourteen seasons, there have been two occasions when the sixth-placed team defied the odds to earn promotion – West Ham United in 2004/05 and Blackpool in 2009/10. 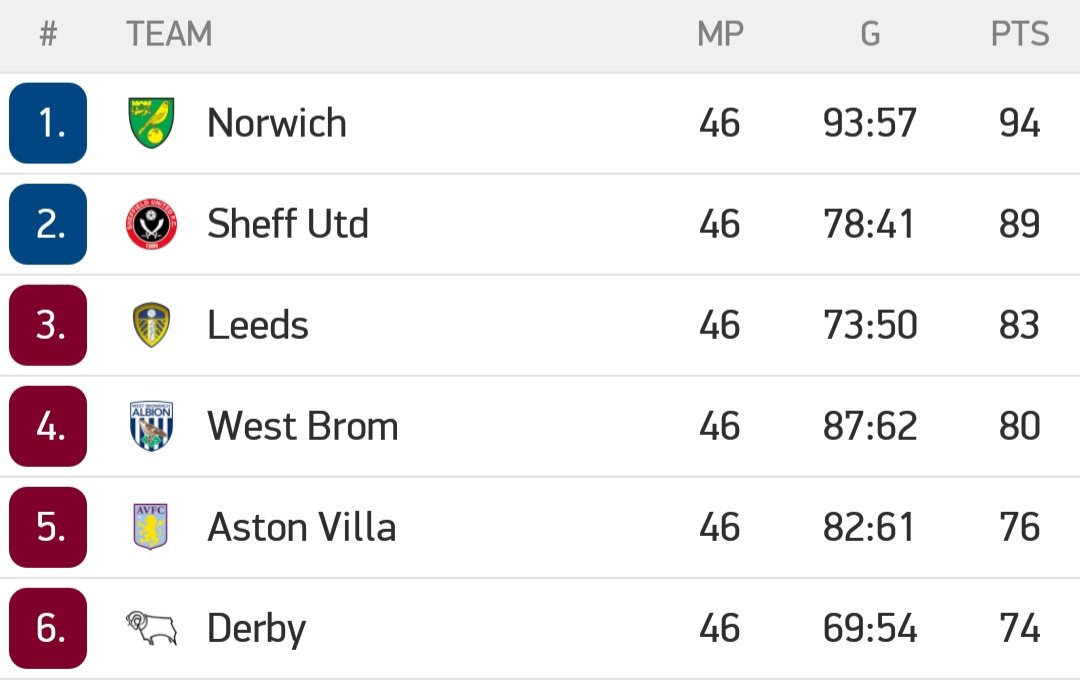 The Why in Sport
thewhyinsport
Follow
The top six in the Championship has been finalised!
Norwich come up as Champions, Leeds vs Derby and West Brom vs Villa in the play offs!
Tasty.
#TWIS #EFL #Norwich https://t.co/V1m6kkdjpf
Follow
14:30 PM - 5th May 19
0
1

West Ham and Blackpool both sealed their spot in those respective playoffs on the final day. Buoyed by that success, each carried this happiness and pride to emerge victorious at Wembley.

In contrast, the side that has just missed out on automatic promotion will be heartbroken. Leeds will be feeling this pain, morale will be low and their form is patchy at best, having lost three times in their last five outings.

Aston Villa, by comparison, hadn’t lost in 13, winning 12, prior to their defeat to champions Norwich on the final day. They will be brimming with belief and are a real contender to return to the top flight.

Can Leeds do it?

No doubt. Leeds have the squad and, in Marcelo Bielsa, a seasoned manager and master tactician who has had success overseeing both clubs and national teams, in numerous countries across two continents.

His issue, though, is the lack of striking options. Roofe’s injury problems have restricted him to just one goal in the second half of the season. He hasn't started a game since February. Patrick Bamford will miss the first leg of the semi-final through suspension after he successfully deceived the referee to get Villa man Anwar El Ghazi sent off last time out.

Mateusz Klich and Tyler Roberts have been used up top and although both have come up with important goals, neither are natural strikers. They aren’t ideal options for matches of this magnitude.

The former scored on the final day of the regular season, in a game where the Whites once again showed their soft underbelly in recent weeks as they succumbed to defeat at the hands of Ipswich Town. The Tractor Boys have been woeful this season and their relegation was confirmed long ago, making this loss particularly humiliating. 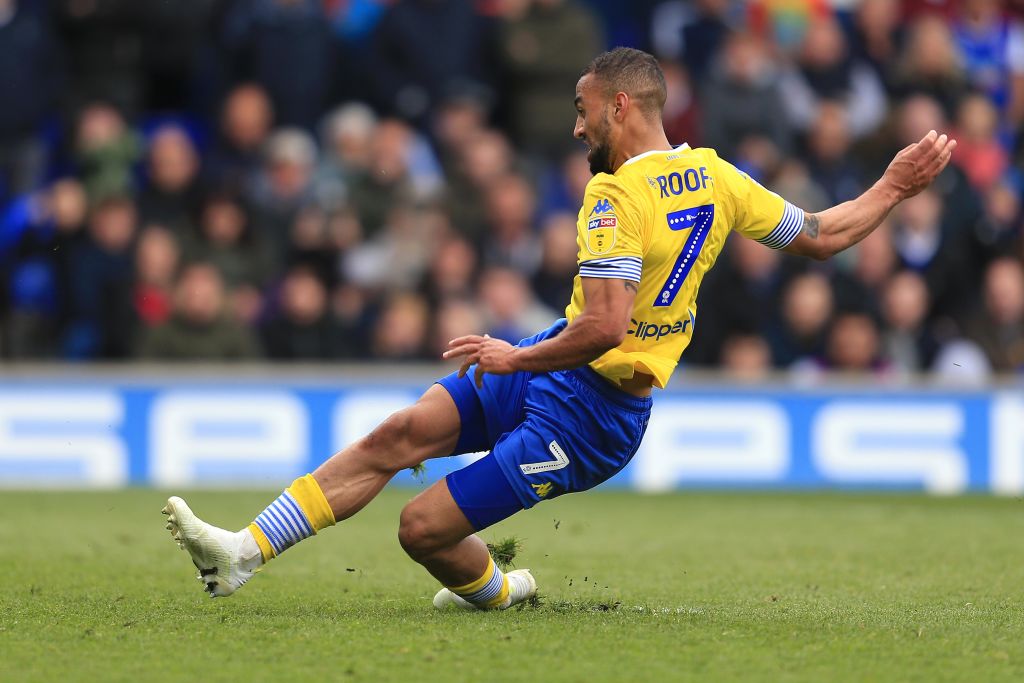 Leeds United warmed up for the Championship play-offs with defeat at relegated Ipswich.

Leeds United aren’t everybody’s cup of tea, yet considering past success it would be fitting to see a club of their size return to the big time after a 15-year absence.

However, Bielsa's men still have a lot of work to do to get there.