The English Football League's penultimate round takes place this weekend. Across all three leagues, there will be tension, drama and excitement. Several matters at the top and bottom of the Championship and Leagues One and Two remain unsettled. Among them, the Grand Old Lady of English football faces exile to the non-league tiers. The oldest professional football club in England, one of the founding members of the English Football League in 1888/89, Notts County could reach the lowest ebb in their proud 157-year history. Founded in 1862, the Magpies may play below the fourth level in the English pyramid for the first time.

After 44 games, Neal Ardley's inherited side anchors the League Two table, level on 38 points with Yeovil Town and two behind Macclesfield Town. Only one can survive the drop.

County face already-safe Grimsby Town at Meadow Lane before travelling to Swindon Town on the season's final day. Their hosts will likely have nothing to play for at that stage. Yeovil visit Northampton and face Carlisle United at home. There's an outside chance the Cumbrians may still be in with a shout for the playoffs. Macclesfield take on two mid-table sides, Port Vale and Cambridge United.

County must overtake both rivals. Given their significantly inferior goal difference, drawing level won't be enough. Bettering Macclesfield by three points over two matches requires divine intervention. Their plight is staggering considering the bookmakers made them joint-favourites with MK Dons before a ball was kicked in anger.

How did the club that launched Neil Warnock and Sam Allardyce's managerial careers fall into such a woeful predicament? In part, they haven't always chosen good managers. The club compounds that by keeping its bosses on extremely short leashes. Neal Ardley is the season's third manager. Kevin Nolan was sacked after one win from five games. Three wins and two draws from Harry Kewell’s first seven games hinted at bright things. Only two wins from the next five league tilts put the Aussie in burlap by mid-November.

It's not the first time the club treated gaffers like they were in Graham Norton's red chair. In 2015/16, Ricardo Moniz began the season in charge. In December, he was replaced by Jamie Fullarton. After a dozen games, the Magpies limped along in 19th. Mark Cooper then came in, eventually leading the club to survival before jumping ship in the summer for Forest Green Rovers. In just seven years, Ardley is the ninth permanent manager at Meadow Lane.

Some will argue Ardley's two predecessors performed poorly and deserved ouster. But was Nolan really the wrong man after just five games? In his first full season, he led County to fifth place in League Two before losing to Coventry City in the promotion playoffs. County recorded 12 wins against three defeats and sat second at the halfway point. They slumped to fifth in the new year. That regression is tacked onto the early season woes when justifying the former Newcastle and West Ham star's dismissal.

Watch Jack run to hug his proud dad, Kevin, after he scores!
A father/son bond. Solid as a rock.

On the other hand, Accrington Stanley and their long-serving manager, John Coleman blow holes in that argument. In 2015/16, Accrington went into their final game needing a win at home against Stevenage to finish third and secure promotion. They failed, missed out on automatic promotion and lost in the playoffs to AFC Wimbledon. Stanley then struggled in 2016/17. Following a 2-0 defeat to Portsmouth on Matchday 28, they were 21st. Despite struggling, the Accies board backed Coleman. He rallied the squad to 13th that campaign and won the League Two title and promotion to League One in the next. Patience is its own reward.

Relegation from the Football League is poorly timed for Notts County. The National League is now a world away from standards that existed a decade or two ago. In 2000, it was mainly a semi-professional league with a few full-time professional clubs. Today, it's nearly all professional, filled with former Football League clubs such as Leyton Orient, Wrexham, Chesterfield and Barnet. Then there are the ambitious sides with rich sugar daddies. Salford City, AFC Fylde, Ebbsfleet United and Eastleigh all benefit from heavy investment.

The Magpies do not boast a rich sugar daddy although they desperately need one. Owner Alan Hardy’s own company recently entered into administration. He is looking to sell the club.

Relegation from the Football League requires painful financial restructuring. The Nottingham Post reports lost television revenue will set the club back £450,000. The figure balloons to £1 million if they fail to return before the parachute payments expire in three years.

Worse, HM Revenue and Customs issued a winding-up petition for £200,000 in debts to the crown.

In September 2011, County played a 1-1 friendly against Juventus. The Italian football giants decision to have black and white as their club’s colours and call themselves the Old Lady resulted from County’s black and white striped kit being sent to Turin in 1903. The friendly between the two clubs was the inaugural match of Juventus’ new stadium. County were the famous first visitors to mark the occasion.

The final two games of Notts County’s miserable 2018/19 season are not the most important games of their season, but arguably of their long, proud history. 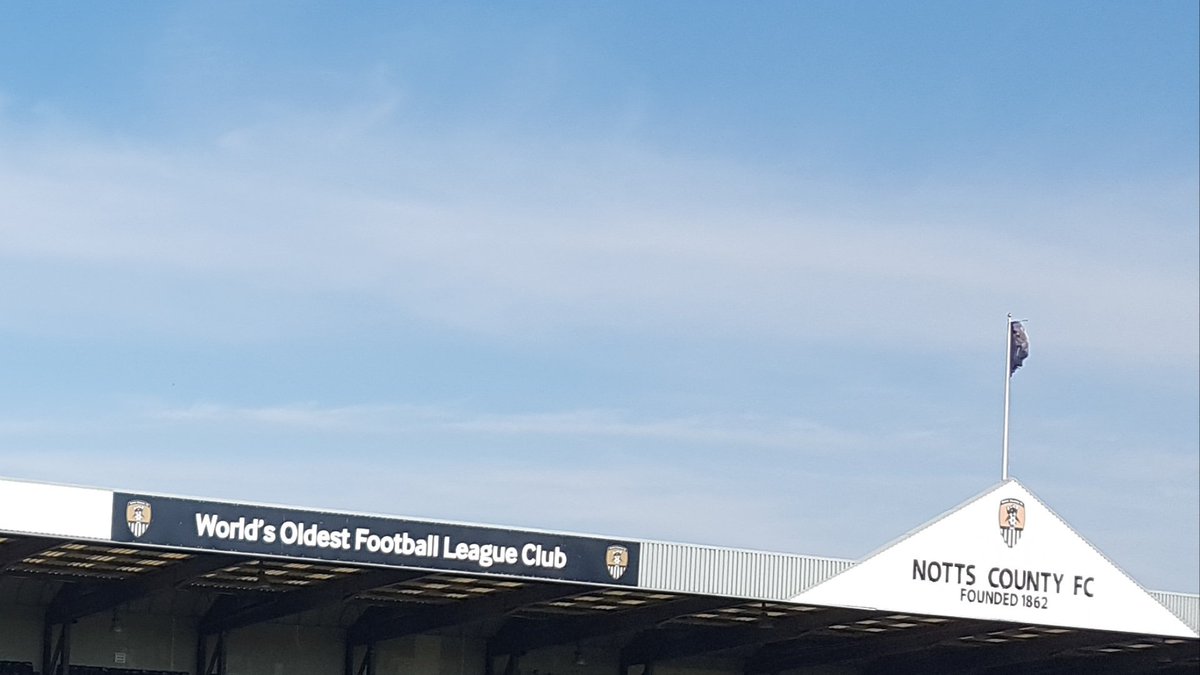 Wigan Athletic season ticket holder and avid football fan. Have a strong interest in all football with a specific focus on the Premier League, English Football League, La Liga, Serie A and other mid-ranking European leagues such as Portuguese Primeira Liga, Russian Premier League and Dutch Eredivisie. Also a big fan of international football and several other sports.

Leave a comment
Latest League Two Articles
How far can the Class of 92 take Salford City?
By Jordan Street

It can be argued that tonight's game against Leeds United is the biggest in Salford City's 79-year history. Since the famed Class of 92 takeover in March 2014, The Ammies have…

All eyes will be on Football League newbies Salford City this coming season. They aren't the only League Two club with lofty ambition. We run through those aiming to reach…

How will Salford City spend their summer?
By Simon Hahn

Salford City have been a team in the headlines in recent years. Manchester United legends Ryan Giggs, Nicky Butt, Gary and Phil Neville each invested 10% in the club with Singaporean…