Why Boro should appoint Michael Reiziger as Tony Pulis' replacement

The handwriting was visible. Tony Pulis was destined to bust at Middlesbrough. Chairman Steve Gibson set him up to fail. His inability to reach the Championship playoff only fast-tracked the inevitable.

Pulis’ brief was to guide Boro into the top six and, if possible, win promotion to the Premier League. The Welshman did manage to achieve a fifth-place finish after his first five months but the club’s playoff campaign ended at the semi-final stage with Aston Villa progressing to Wembley 1-0 on aggregate.

The aim was always the Premier League. Although a top-two finish was preferred, the playoffs weren’t forbidden. Pulis was given the opportunity to make a difference with a full season in charge. The only difference was it took him longer to come up short. Boro started well, unbeaten before the first international and joint top of the table. They couldn't maintain that lofty perch but hung around the playoff places into spring. Then six successive defeats in March and early April wrecked Boro's dream.

In the end, Boro finished seventh. On paper, that isn't totally dreadful considering the strength of the sides above. In the minds of those who pull the Riverside strings, it was unacceptable

In addition, grinding out results with a functional blend of football appalled. Pulis was regularly criticised for a negative, anti-attacking brand. Nothing new there. Gibson and co must have known who they were hiring. Boro conceded the joint-fewest goals (41) and kept 19 clean sheets, second overall in the division.

The club who matched them defensively? That was Sheffield United. Chris Wilder's Blades earned direct promotion by being just as stingy but potting 29 more goals than Pulis' Teessiders. Twenty-nine.

That sums up Pulis' approach. Rugged at the back, blunt in attack. The Smoggies plundered just 49 goals in 46 games. Only four sides buried fewer in the Championship. They hit just seven from set-pieces, 21st out of 24 Championship teams. 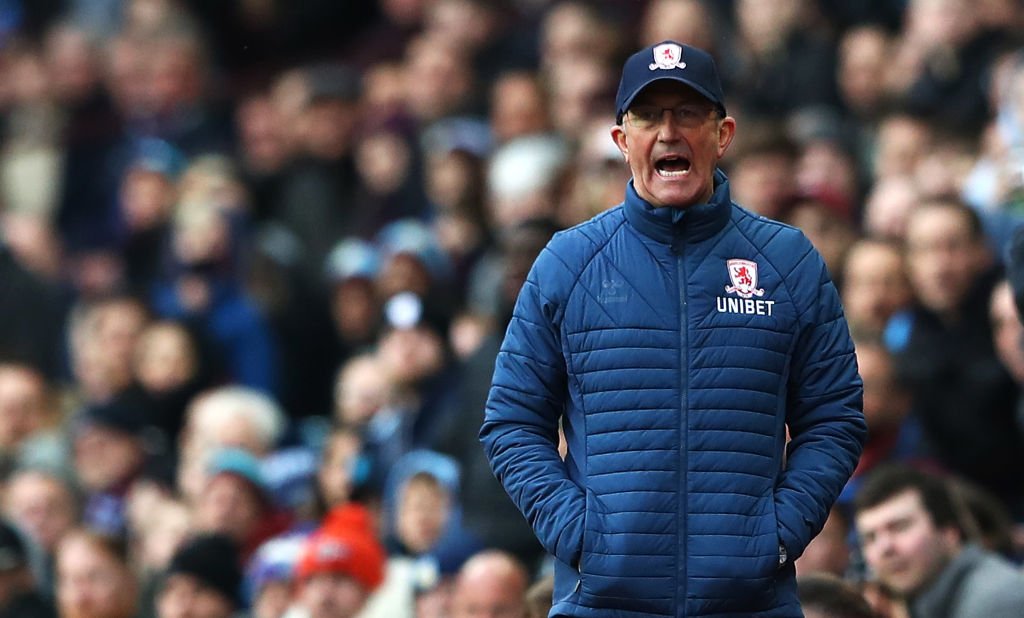 The North Yorkshire team weren't attractive to watch. Awful on the road, appalling at home. In a league table based largely on home results, Boro was 14th overall. They had the sixth-lowest ball possession rate in the division at 45.1%.

Pulis' successor will be assigned with rebranding the club’s collective identity, reconnecting with significant sections of the fanbase and putting entertainment back on the menu for bored supporters. Instant promotion is a must.

A long list of potential successors rose up in the Welshman's wake, including Gabriel Batistuta and ex-Brighton boss Chris Hughton. Former Boro defender Michael Reiziger is also in the mix. As improbable and unglamorous as his candidacy may seem, the Dutchman is best suited for Rockliffe Hall Golf.

Ajax mesmerized Europe this season. Erik ten Hag assembled a perfect blend of youth and experience to charm the continent. The Dutch side was at the peak of Cruyffian football, opponents hardly able to get a touch. Opponents subconsciously admired their speed, dynamism and verve. Reiziger managed the reserves, keeping the supply line to the academy talent open for the senior man.

Born and bred in Amsterdam, Reiziger embodies Ajax's philosophy. He started his playing career there, before spells at Milan, Barcelona and Boro. He possesses an in-depth understanding of how to develop young players. He led Ajax’s reserves to the second tier title in 2018 for the first time in history. That was while Matthijs de Ligt and Frenkie de Jong were busying themselves with the big boys.

With a manager like Reiziger, the  Total Football brand will be implemented in North Yorkshire. The boring, negative days will vanish. The Dutchman can deliver Premier League promotion. He just needs the chance.