The closest Guinea has come to winning the African Cup of Nations was a second-place finish in the 1976 tournament. Four decades on, another crop of Guinean stars are seeking to do better than their ancestors managed in Ethiopia. Although the Guineans have a 2019 Champions League winner in their squad, critics still won’t give credibility to their title credentials – especially when you consider they enter this tournament ranked 71st in the world and 13th in Africa. It’s partly what makes the Syli Nationale one of the dark horses of the competition.

For the 2019 AFCON tournament holding in Egypt. Guinea is in Group B alongside Nigeria, Madagascar and Burundi. The first step towards laying hands on the golden trophy for the Syli Nationale is finishing top in this group. Despite Nigeria’s presence, no one should put past them.

It’s cliché to say Guinea is blessed to have Naby Keita. In fact, the midfielder was included in Guinea’s 23-man list while still recovering from an injury. It goes to show the load of responsibility resting on the shoulders of the 24-year-old. Keita must step up to the challenge.

Keita’s brilliant start to his career in England was impaired by a few injuries concerns here and there. That restricted him to a miserly 1638 minutes of action for Liverpool in 2018/19. The midfielder still managed to score three goals and win the biggest trophy in club football.

Guinea has a man who's a winner. Beyond that, they have a midfielder who knows how to drive attack with raw pace; make goals and score them. These small things are what makes a difference in a tournament where the maximum games any team can play is seven. 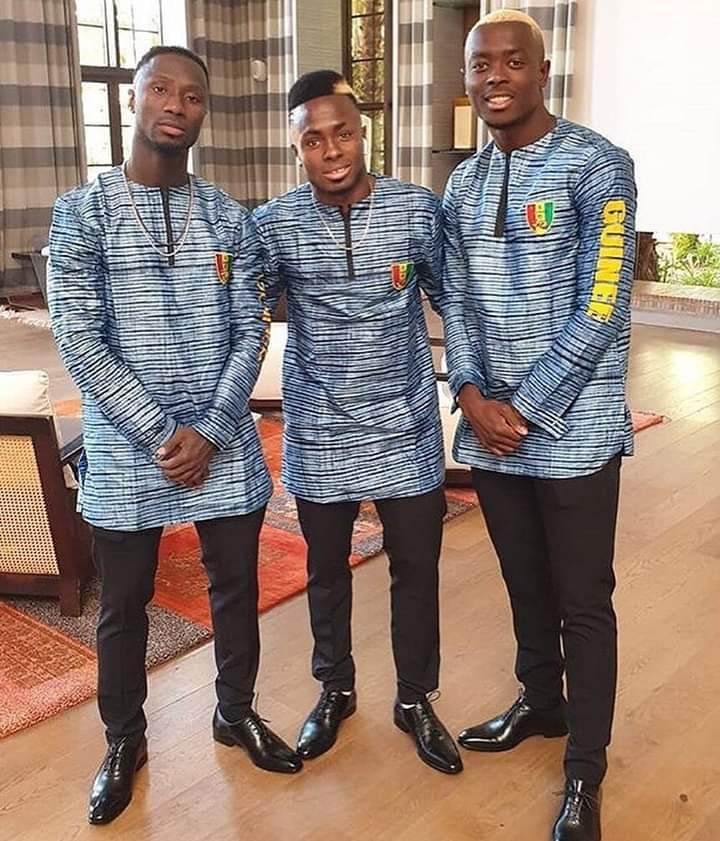 Of the 23 invited players to represent Guinea in Egypt, as many as nine play in France. Besides Keita, only two other Guinean stars ply their trade in England – Fulham’s Ibrahima Cisse and Brentford's Julian Jeanvier.

Unlike Keita, most Guinean stars don’t feature for big European clubs – as you’d say for a Senegal. Those who do rarely see enough playing time. Simon Falette isn’t a first-team regular at Eintracht Frankfurt neither is Napoli’s Amadou Diawara and Ibrahima Traore of Borussia Mönchengladbach.

The rest of the Guinean squad who star week-in-week-out are cut from mid-table teams in France, Sweden, Greece, Turkey and Spain.

Although he only plays backup to Aly Keita of Ostersunds in Sweden, Guinea fields one of the oldest players at the finals in goalkeeper Naby Yattara; who dons for Excelsior in the Reunion Island.

Still, the Guineans are among the fastest teams in the competition. Brimming with youthful exuberance and guile. They boast a fairly young team too, with an average age of 27. It goes without saying these guys are motivated to re-write history.

Guinea manager Paul Put has made his objectives pretty clear – the Syli Nationale are in this tournament to make a strong statement.

As can be seen from his list of invitees, Guinea is lacking big-name superstars who play Champions League football. But Put says his team will draw strength from playing cohesively:

“I told my players to focus on themselves and to play as a unit, that's our main strength and what could help us overcome our lack of big stars.”

The 63-year-old Belgian gaffer tinkered Burkina Faso to an AFCON final in 2013 and will be looking to do even better with Guinea.

Coach Put prefers a 4-3-3 formation, as was seen in their most recent friendly against Egypt. Expect a Guinean side who plays attacking football and gets things done quickly.

There are a handful of contenders for AFCON 2019 – Guinea is one. Despite being Elephants as their moniker implies, they’ve still managed to hide in plain sight.