John Terry off to a flying start in football management

When John Terry moved to Aston Villa after an amazing career at Chelsea, many wondered why. The common practice has been for legendary players to move to a retirement league in the East. China, Qatar and Japan to name a few. They pay astronomical amounts for players who bring more star power to the leagues than quality on the pitch. That's because most of them are past their prime and have become more or less, ambassadors for the game.

But with Villa fighting for promotion to the top flight in English football, the goal was different. It was more about what the Chelsea legend will bring to the pitch.

Under Steve Bruce two seasons ago, the team reached the play-off final as Terry starred in the defence. Unfortunately, the club came up short losing to Fulham. It was a huge disappointment. The last campaign did not start on a bright note after Terry decided to hang up his boots. Poor results on the pitch led to the manager, Steve Bruce, having problems with the fans. Things deteriorated to the extent he had to be let go.

Dean Smith was brought in to steer the ship back on course. It was a tall order for the self-confessed Villa fan to pull off a play-off place - much more gain promotion. But with Terry as his assistant, the duo made it happen. It was no easy feat to accomplish. In fact, things went bad before they became good as the poor run of form continued. But an upturn in performances during the latter part of the season saw the team rise steadily up the table to finish the campaign 5th in the standings. Qualification for the play-offs was surprisingly secured for a second successive season. 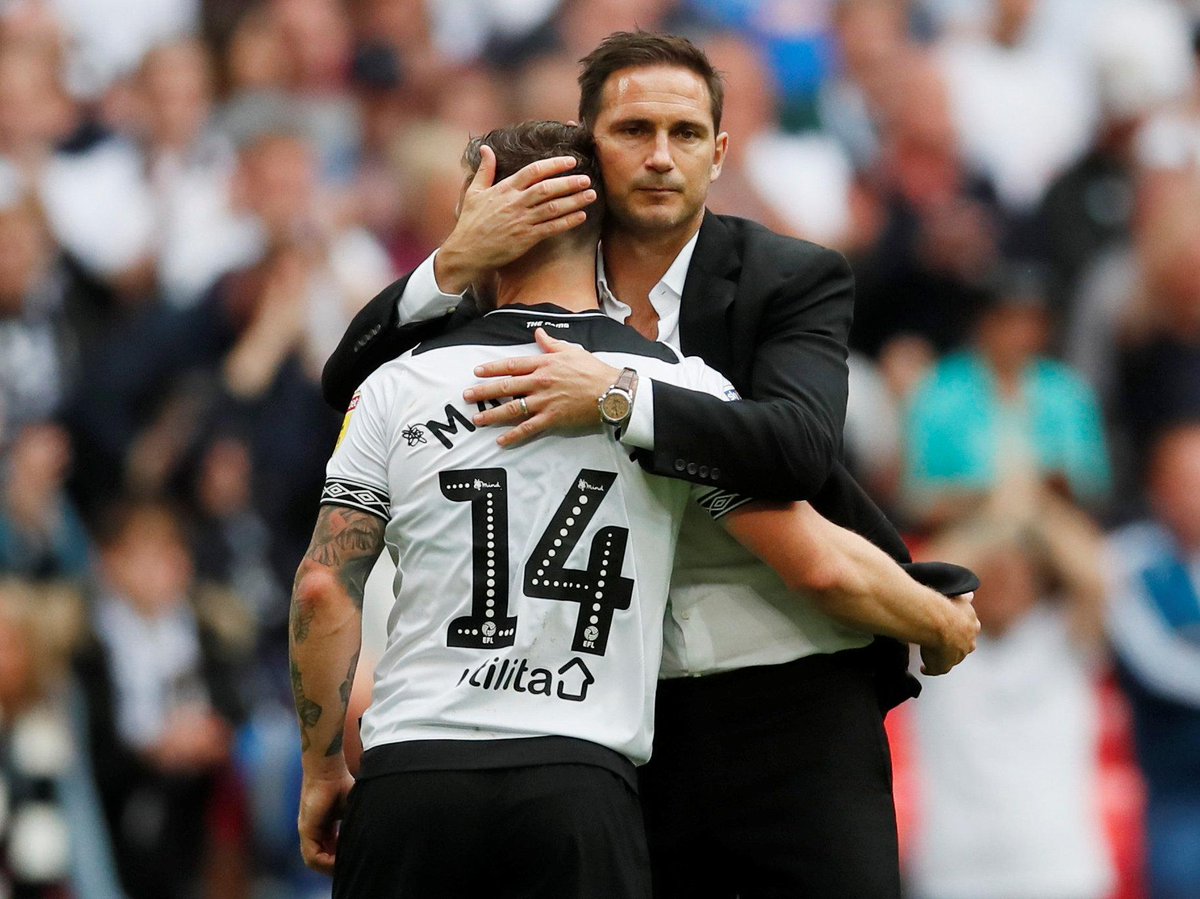 After dispatching West Bromwich Albion 4-3 on penalties after a 2-2 aggregate score, a date with Frank Lampard's Derby County was on the agenda. The former Chelsea midfielder has drawn praise for his good work at the Pride Park for playing some good, attacking football while maintaining a competitive edge. Knocking out Manchester United from the League Cup proved he could also win on the big stage as a manager. Consequently, he was tipped to take up the gaffer role at Stamford Bridge in the near future.

His former teammate almost went unnoticed as he also provided able assistance to Smith. But trumping Derby in the play-off final means it's the duo that had the last laugh. Terry may not be the man in charge, but he is very much part of Villa's success. Having passed the first test as an assistant, naturally, he would be aiming to make the step up in the near future. That may come after helping the Villans maintain their Premier League status.

A winning start on the job with Villa will serve him well in his future assignments. All he will need is take up a job for which he is in charge. Further success there and he will become a candidate for the big roles. Of course, it's not that easy or straight-forward otherwise several others will just follow the path. But managers like Zinedine Zidane who learned on the job as assistant to Carlo Ancelotti and Erik ten Hag who worked under Pep Guardiola at Bayern Munich, prove that it's possible to make the step up and succeed.

One thing is for sure: the Chelsea fans will welcome one of their legends as the boss at Stamford Bridge. FC Barcelona has shown that former players can be the best fit to take the club forward. From Guardiola to Luis Enrique and Ernesto Valverde in recent times, the club's former players have made good use of their in-depth knowledge of the club to fill its trophy cabinet. With Manchester United towing the same path, Chelsea will not hesitate to give it a try.

At the moment, Lampard looks like the most likely candidate for the job. But with more success under his belt, Terry could put himself forward for consideration as well.

Remember the 1980s? In those innocent times, when Brexit and VAR were just a glint in the eye of some vengeful god, Diego Maradona turning up at a struggling club was considered a…

Where next for Jose Mourinho?
By Danny Glendenning

Jose Mourinho ultimately failed to make Manchester United a force again. The Portuguese hasn’t returned to management since he was sacked eight months ago.  Having brought…

Is Vincent Kompany's managerial career over already?
By Emmanuel Odey

It was a fitting end to a magnificent career at Manchester City when Vincent Kompany helped secure the domestic treble last season. Despite being offered a one-year…