How will Chelsea spend their summer?

A lady who’s addicted to shopping can panic simply from watching others do what she can't. Will Chelsea get the same sad feeling this summer? We’ll know when the Court of Arbitration for Sports issues its decision regarding the Blues' two-window transfer ban by FIFA. For now though, Chelsea must figure out how to spend their summer without being able to recruit new players.

The first question you want to ask is, why Chelsea received a transfer ban in the first place? The answer is simple, they were accused of signing underage players – basically players who were yet to reach the age of 18. Among the 29 signings which breached the FIFA rulings was one involving Bertrand Traore.

For those who care to remember, Traore left Chelsea in 2017 after being sent out on loan four times in four years. Following his transfer to Lyon, Traore called out Chelsea for not giving young players a chance.

If you cast your mind back to 2007, Chelsea received a similar transfer ban for illegally signing teenager Gaël Kakuta. Although the Blues got that ban lifted thanks to a CAS appeal, the scar has remained. Kakuta never matured to a Chelsea great; like Traore, he never really got the chance.

So why do Chelsea keep getting themselves in hot water over young players who’re rarely given an opportunity at Stamford Bridge? It shows how desperate the Blues are to build a legacy. Many of these young players are signed and immediately shipped on loan. They continue their careers for other clubs until they become too irresistible. Like Thibaut Courtois and Andreas Christensen proved. The problem is, that rarely ever happens.

A census taken in February showed Chelsea has a staggering 41 players out on loan. No other European club has more. Not for the last four years has anyone borrowed out that many footballers.

Somehow though, a few pundits think it’s these loan players who’ll bail out Chelsea at this difficult moment. Especially with the departure of Eden Hazard. As lovely as that sounds, Chelsea remains Chelsea. And loan players aren’t simply gifted a chance at this football club. Except a major tweak takes place somewhere.

A man who understands the ins and outs of football business would be seeking employment this summer. With a glittering 20-year playing career on his CV. He doubles as a Chelsea legend and multiple Premier League record holder. His name, Petr Cech. 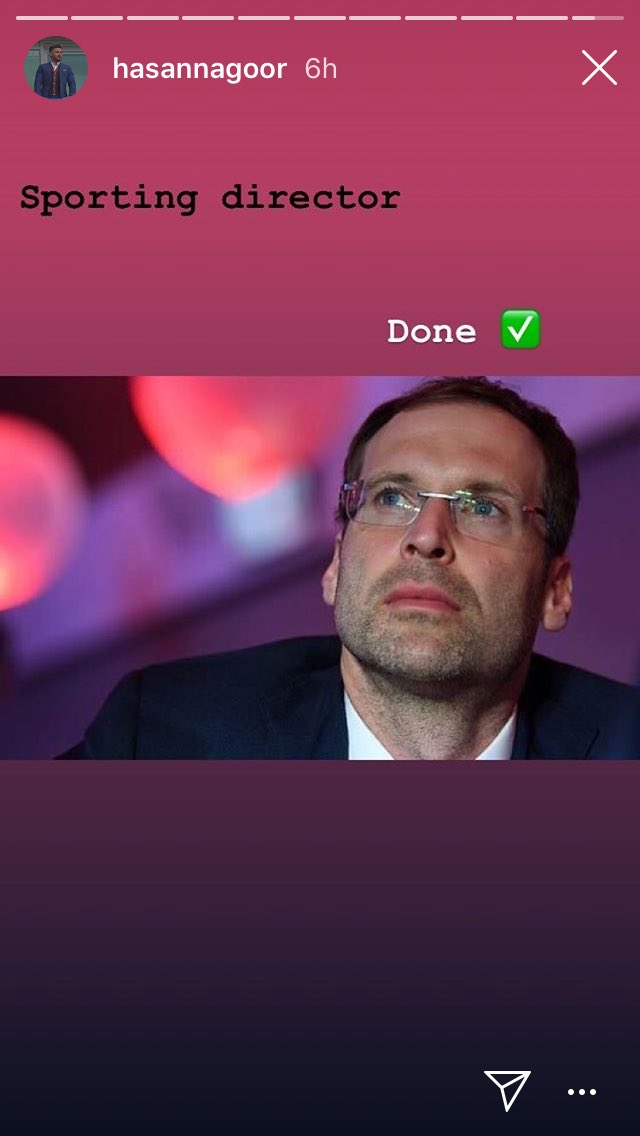 Simon Phillips
SiPhillipsSport
Follow
A bit of good news to lighten the mood this morning.

Reports say Chelsea already reached out and offered Cech an administrative role. Most likely he’ll join forces with Marina Granovskaia to fill the technical and sporting director void created when Michael Emenalo left for Monaco in 2017.

If Chelsea does get Cech, his task would border on tapping from the crude of the loan army. And of course the existing youth players. Callum Hudson-Odoi may not be able to help the club due to injury but someone like Mason Mount deserves his chance.

It bores down to who sits in Chelsea’s dug-out next season. Chelsea must quickly decide who leads them into the future in terms of tactics and strategy. If it’s Maurizio Sarri, he’ll likely stick with the old guard while the younger generation languishes in obscurity. Hopefully, he leaves the club alone and takes his baggage back to Italy.

One gaffer most people expects to pull Chelsea out of the mire is Frank Lampard. A Chelsea legend and record scorer, Lampard’s managerial career has started off to a flier at Derby County. And you can only imagine the level of backing supporters would give him if he eventually takes charge.

Despite being allowed to sign under-16 youth players from around the UK, the priority for Chelsea this summer would be to sort out their administrative and managerial hiccup. The Blues are known to cut corners but simply cannot allow themselves to fall short of FIFA rules this summer.

Getting Lampard and Cech to work together would be magical. Chelsea has enough arsenal to combat their problem if only they can look within.

As Euro 2020 qualifying gathers shape, it is a good time to dissect the defending champions. Portugal pulled off a minor shock to lift the trophy three years ago in France. Fernando…

How can Guardiola help Gabriel Jesus progress?
By Kenzy Muller

Though hasty job seekers don't usually think twice before jumping on any offer that comes their way, they deeply hope to work under a good employer who'll treat them well.…

Can Erik Lamela turn his Spurs career around?
By Kenzy Muller

To make it in football, you must not only be exceptionally good but also exceptionally lucky. Where would Lionel Messi be if Barcelona hadn't thought it worthwhile to give a pre-teen…