England take on the Netherlands tonight at the Estadio D. Afonso Henriques. Victory for the Three Lions in Guimaraes would secure a place in Sunday’s inaugural Uefa Nations League final, against hosts Portugal. Gareth Southgate announced his 23-man squad ten days ago. As usually happens, there has been a groan of discontent among some English supporters. Is it justified?

Having being appointed England manager in November 2016, Southgate is without doubt exceeding expectations. Not only did he guide the Three Lions to World Cup semi-final stage, their best performance since winning the competition in 1966, but his contemporary approach to building player cohesion and a more open dressing room has somewhat transcended results on the pitch.

Now, though, it’s back to business. In order to retain the country’s full backing, Southgate must continue to impress during this Nations League’s concluding four days. He’s already made some crucial decisions. For him to ultimately succeed, it’s imperative the correct personnel are chosen.

Southgate has gone with the current best three options in goal. Jordan Pickford is England’s undisputed number one, mainly due to enhancing his reputation during last summer’s World Cup. Although he showed some fralities this season at club level, the Everton stopper’s ability to pull off important saves and comfortableness with ball at feet make him the standout. Jack Butland is a capable deputy. If the Stoke City keeper wants to push harder for a starting role, he’ll have to move up a division in near future.

It seems two sides have a monopoly of goalkeepers competing for Southgate’s third choice. Burnley claim the man who won out on this occasion, Tom Heaton, former international regular Joe Hart, and last campaign’s sensation Nick Pope. Meanwhile, Southampton is home to Alex McCarthy, Angus Gunn, and Fraser Forster who have all experienced the Three Lions set up to a varying extent.

The central defenders to miss out on Southgate’s squad either haven’t produced the necessary form, slightly lack in big-time experience, or have simply dropped off the radar in recent times. Manchester United’s Chris Smalling and Phil Jones both fall into the former category. Brighton & Hove Albion’s Lewis Dunk only has one season of Premier League football under his belt, whereas Newcastle United’s Jamaal Lascelles hasn’t worked way into Three Lions contention despite his lengthy top-flight education.

Similar can’t be applied to the four centre-backs picked. Joe Gomez has produced the form to suggest he could become a permanent fixture since breaking into Liverpool’s first team. In Merseyside’s other half, Michael Keane flourished at Everton this campaign. Then there’s Southgate’s go-to World Cup pair. John Stones may have stuttered at Manchester City in past ten months, yet his athleticism coupled with composure on the ball remain an asset to England. As are Harry Maguire’s defensive and leadership qualities. The Leicester City star’s solid performance is what’s attracted interest from both Manchester clubs.

Soccer Lab
socclab
Follow
Both Man Utd and Manchester City have been linked with moves for Leicester defender Harry Maguire and the England international has been asked about his future. https://t.co/RzUhMEKO6x https://t.co/5hQ1xsFjqi
Follow
09:32 AM - 29th May 19
0
0

Selection at full-back was a little more problematic. The Three Lions have a large talent pool available. Players to be omitted include Tottenham Hotspur’s Kieran Trippier, whose form came in for much criticism this season after impressing in Russia, Man United left-back Luke Shaw, and Aaron Wan-Bissaka, Crystal Palace’s right-back who will instead represent the Under-21s in upcoming European Championship. All three possess the ability to don their nation’s colours.

Again, though, Southgate has got his call-ups spot on. Kyle Walker and Trent Alexander-Arnold both had to be in. The two provide essential width as well as attacking intent. Each is rightly regarded among the world’s best right-backs due to display domestically and in Europe. Danny Rose and Ben Chilwell, albeit neither has quite reached those lofty heights, also deserve place in squad having overshadowed competing left-backs in recent times.

In midfield is where questions begin to arise. Tottenham’s defensively-minded Eric Dier merits selection. As do West Ham United’s Declan Rice, a youngster who’s emerged as a potential regular in England’s starting eleven, and Liverpool’s Champions League-winning captain Jordan Henderson. Fabian Delph, however, is punching above his current weight. Not only did he appear in a meagre 11 Man City league games this campaign, but he’s also not proficient technically. That’s an area in which Southgate’s side must improve on more than any other.

In Delph’s place, Mason Mount had a legitimate case. The Portsmouth-born midfielder was outstanding on-loan at Derby County this season. On recent evidence, Chelsea’s Ruben Loftus-Cheek would perhaps have got the nod before suffering an achilles injury, ruling him out for up to seven months. Unfortunately, he doesn't possess the ability to control a game, something the Three Lions are in desperate need of. Harry Winks, meanwhile, is all about retaining possession. He’s controlled big matches before, including away at Real Madrid in 2017. Having risen through Tottenham’s academy into the first team, he should have been included in England’s latest squad. This was Southgate’s first mistake. 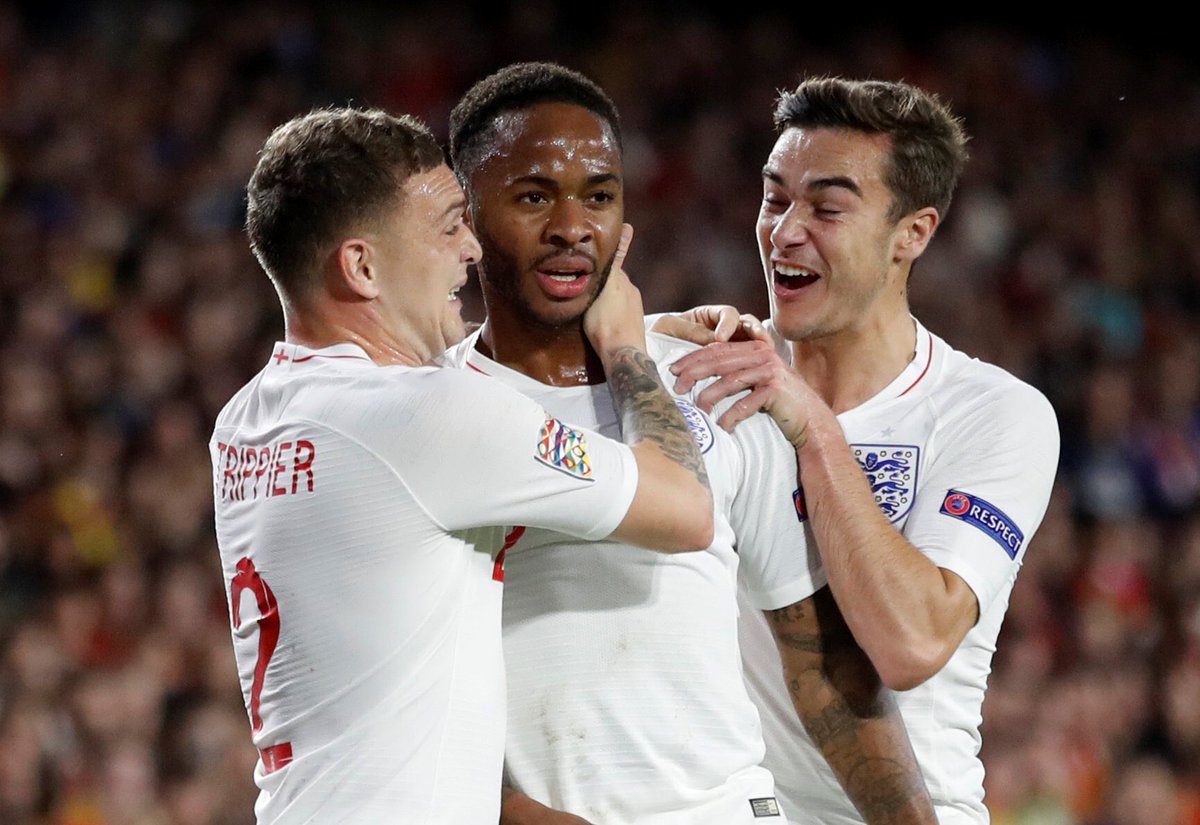 Further forward, both Dele Alli and Ross Barkley warrant their inclusion. The pair provide incisive runs and an eye for goal. Jesse Lingard, though, can count himself fortunate. Like many Man United players this season, he failed to reach anywhere near full potential. Furthermore, when at best, his skillset is similar to that of two aforementioned teammates.

Southgate had several candidates to take Lingard’s spot. James Ward-Prowse performed well at Southampton to earn an initial call-up. He was then sent home when the squad was cut from 27 players. Youngsters Phil Foden and Jack Grealish, who recently helped Aston Villa achieve Premier League promotion, could have both been considered, too. All three of those talents would improve the Three Lions’ close control and dribbling play.

Yet, Southgate’s second error still hasn’t occurred. That came in leaving out James Maddison. In his debut season at Leicester City, the 22-year-old excelled to produce seven Premier League assists, the most of all English midfielders. His excellence in tight areas along with ability to pick out a pass would have given England a much-needed alternative.

The wingers and strikers somewhat picked themselves. Raheem Sterling, the recently-crowned FWA Footballer of the Year, has turned into one of the most-feared attackers around. Jadon Sancho is on a similar path. As for Marcus Rashford, despite having a relatively underwhelming campaign, on full throttle he remains devastating in the final third. This trio has put their deadly pace and finishing acumen together to notch 52 club goals since August.

Such numbers, then, left little hope for others to enter Southgate’s plans. Callum Hudson-Odoi perhaps had a decent shot before picking up a serious injury playing for Chelsea. In contrast, Liverpool’s Alex Oxlade-Chamberlain is fresh back from a long layoff, yet he wasn’t deemed ready for Three Lions duty. Southampton’s Nathan Redmond, meanwhile, was involved in the set up before soon being cut.

Harry Kane was never in doubt. As would most national teams, England rely heavily on the Tottenham striker. Lacking options makes that all the more true. The times of turning to Danny Welbeck have gone, at least for now. Callum Wilson is good enough to come off the bench when needed, but the Bournemouth frontman lacks experience at very highest level. That’s where the Three Lions miss Jamie Vardy. His international retirement last August was baffling then and remains so today. He was the Premier League’s top scoring Englishman this campaign, netting 18 times. Southgate may come to rue not convincing the Leicester City forward to carry on for longer. 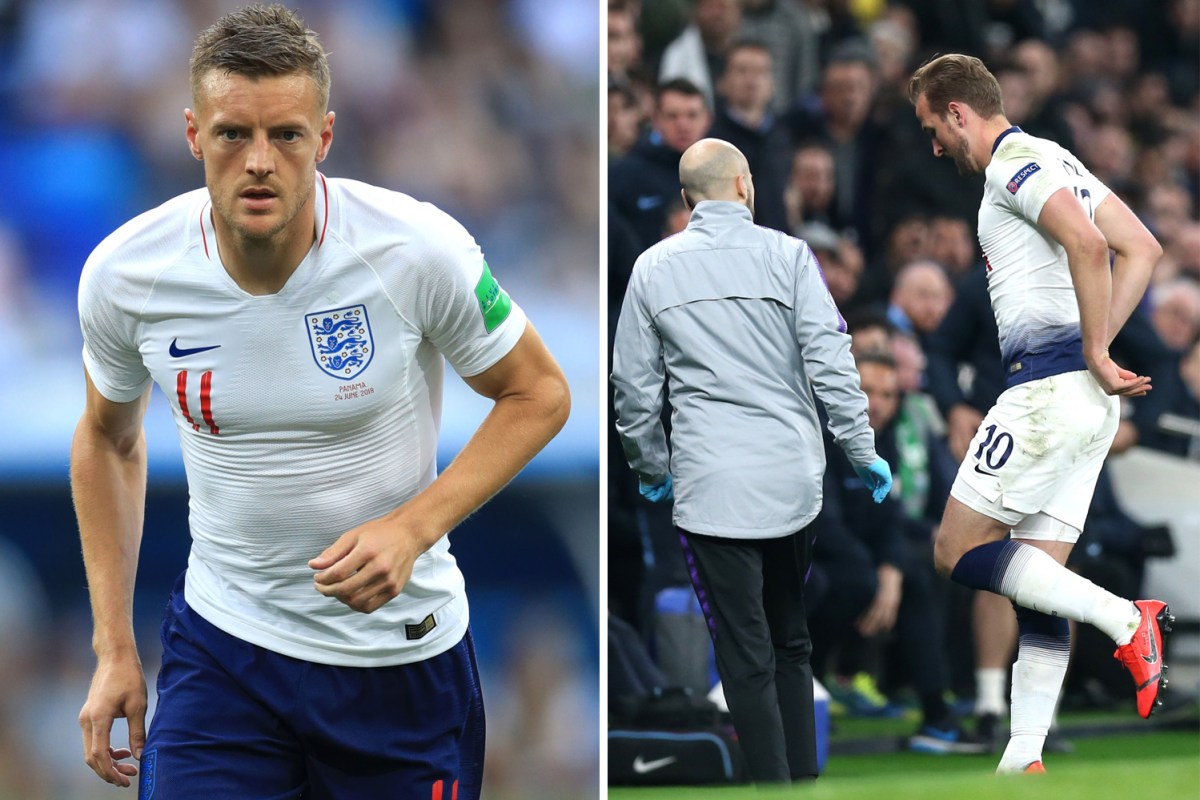 David McDonnell
DiscoMirror
Follow
On current form, how on earth are Jesse Lingard and Fabian Delph in the England squad ahead of James Maddison? Baffling.
Follow
14:50 PM - 16th May 19
235
1491

England possess a good side, one with genuine potential. Performance both at last World Cup and in this Nations League is proof enough. However, there’s a shortfall in midfield. Southgate hasn’t addressed it in his latest squad selection.

Next opponents the Netherlands can depend on Frenkie de Jong to dictate a game’s tempo. Potential opponents Portugal can summon on Bernardo Silva to exhibit a near-perfect touch. Both players are superb at easing pressure on their team by retaining the ball. England won’t have the luxury of such attributes. Instead, Southgate will rely on an energetic midfield to overpower and overrun. Can those tactics pay dividends? Perhaps. It would have been far better, though, to have a few technical talents available. Winks and Maddison, for instance.

Leave a comment
Latest England National Team Articles
Is it James Maddison’s time to shine for England?
By Danny Glendenning

Gareth Southgate announced his latest England squad nine days ago for upcoming Euro 2020 qualifiers against Bulgaria and Kosovo. Among the usual suspects, there was a first call-up…

How can England's U21s fall at the first hurdle with all that talent?
By Jordan Street

What is it about England and semi-finals, eh? The Three Lions had the opportunity to end their last four hoodoo in the UEFA Nations League last night, but once again, after starting…