Two teams on a spectacular, fairy-tale journey in Poland. Ukraine battles South Korea for the FIFA U20 World Cup title in Lodz later today. Expect fireworks, suspense, thrills. History will be made.

Not even the most optimistic football fan would have successfully predicted a final match-up between Ukraine and Korea when the youth championship began on May 23. Neither was rated to go beyond the group stage. It isn't rocket science. These sides are past underachievers regards this tournament.

Ukraine have qualified just four times. The Europeans featured at Argentina 2001, the Netherlands 2005 and New Zealand 2015. On each occasion, they advanced to the Round of 16 but were eliminated by Paraguay, Nigeria and Senegal respectively.

To reach Poland, Ukraine were runners-up at UEFA U19 European Championship in Finland last year. Although thrashed 5-0 by Portugal in the final, Oleksandr Petrakov's team impressed. They were undefeated in a group that had England, France and Turkey.

South Korea, meanwhile, are regular customers. Poland was their 15th experience. Still, the closest they had come to the trophy was fourth-place in 1983. Outside that tourney in Mexico, the Tiger of Asia advanced beyond the group phase seven times.

Korea rules their continent, though. They are the most accomplished side at the AFC U19 Championship having picked up a record 12 titles. Participating in U20 level has become something of a birthright albeit nothing yet to show. 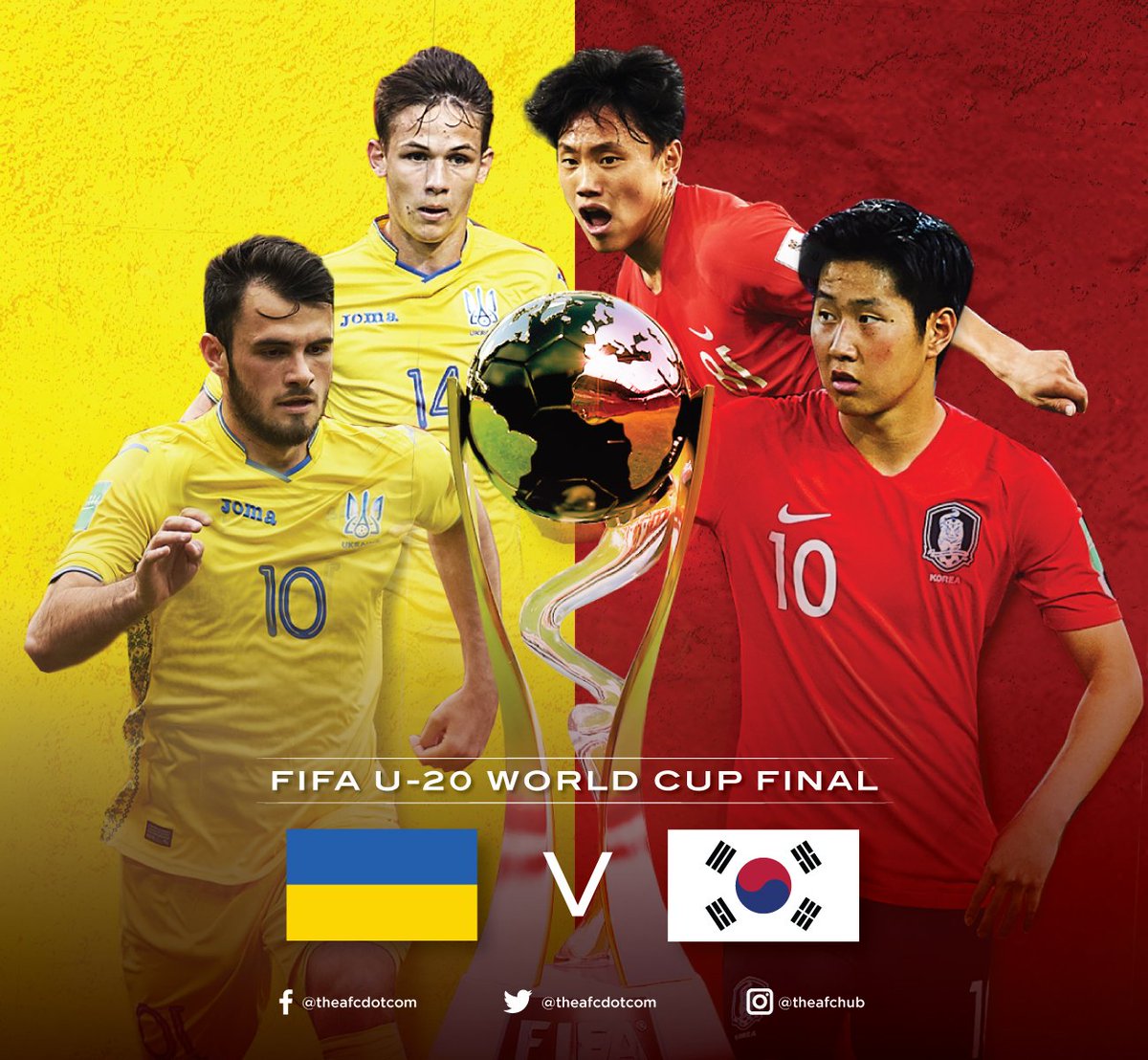 Ukraine's campaign began in Group D as third favourites to progress behind the USA and Nigeria. They upset the odds to defeat the Americans 2-1 in their opening game. That was followed by a 1-0 win over Qatar and a 1-1 draw with Nigeria, results which secured the top spot.

South Korea, too, were rated as only third-best in their section. After a 1-0 opening defeat to more-fancied Portugal, they beat South Africa 1-0 before pulling off a shock 2-1 win over Argentina to finish second.

In the last 16, Ukraine easily overcame Panama, 4-1. Korea defeated Japan 1-0. From then onwards, both sides forged an unlikely path. While the Europeans edged past Colombia and Italy, Taeguk Warriors overwhelmed Senegal and Colombia.

The two finalists are different in style. According to Fifa “Ukraine is most comfortable bottling opponents' attacks while relying on moments of offensive brilliance from forward Danylo Sikan and No10 Serhii Buletsa. Their 1-0 semi-final triumph against Italy in Gdynia was an archetypal performance for Oleksandr Petrakov's charges.”

South Korea attribute their success to the winning formula of preparation and mindset, per Fifa. Head coach Chung Jung-yong has them playing in an organised way, more so than most other teams in Poland 2019. Combine that with the effervescent playmaking of Lee Kangin and it's obvious how they reached this stage.

On paper, Ukraine appear stronger. They are a formidable unit, fluid in attack and impenetrable at the back. They've outscored their opponents 10-3 in six matches. This team is extremely difficult to break down. Italy managed just one shot on target in the semifinal.

South Korea's pace and swift passing may not be enough to unlock this stingy Ukrainian defence. Moreover, Ukraine will benefit from their close proximity to Poland. They share a border with the host, and therefore enjoy a massive following, evident in support at the competition. This could play a key role in deciding the final.

A summer jam-packed with exciting international football gradually winds down. Prior to European leagues taking centre stage, there's one last showing for national sides. The Homeless…

The FIFA U20 World Cup is upon us. Proponents of young footballing talent will have their eyes peeled for the next big thing during the next three weeks in Poland.  The U20…

One reason moderates are unwilling to discuss racism is they’re going to be misunderstood by both extremes. They’ll be called a racist for opposing it in all forms…