There was much drama in League One last season. Teams at both ends of the table could hardly be separated. Should we expect the same in 2019/20?

Of this campaign's seven new League One teams, two are in dire straights. Bolton Wanderers and Bury face huge financial crises, for which each has received a penalty. Starting the season on minus 12 points means both are odds on for relegation. That's if the Trotters and Shakers don't fold before then.

Bury’s opening game against MK Dons has been postponed by the EFL. Going out of existence is a real possibility for them. Bolton aren't in such immediate danger, but they need to find a solution quickly.

After suffering Championship relegation along with Bolton, both Ipswich Town and Rotherham United are eager to make a first-time return.

Lincoln City earned promotion from League Two alongside Bury. The Imps have taken the lower leagues by storm in recent times. Their progress under manager Danny Cowley is nothing short of remarkable.

Likewise, Tranmere Rovers rose from non-league by securing back-to-back promotions. The Merseysiders will settle for consolidation this coming campaign. As will MK Dons, League One's only relegated side in 2017/18 which achieved a return at the first attempt.

The League One title favourites are two huge clubs. Sunderland and Portsmouth both just missed out last season via the playoffs. The Black Cats led Charlton Athletic in the final before losing 2-1. Them, as well as Pompey, will no doubt challenge again.

Sunderland tasted league defeat only five times in 2018/19. They simply must turn draws into wins to finish in the top two.

Speak Sunderland
SpeakSAFC
Follow
Less than a week before the 19/20 season gets underway.

Neither Ipswich nor Rotherham have made wholesale changes this summer. Both have strong enough squads to compete atop the table.

Of those which came close last campaign, Peterborough United could be the ones to watch. Darren Ferguson returned as Posh manager. He's made some good signings, including bringing back George Boyd.

Two outsiders which hope for better times following torrid recent years are Blackpool and Coventry City. It wouldn’t be a huge shock if either sneaked into the top six.

On last season's final day, a host of League One teams were threatened with relegation. Half the division can easily end up in that position come May.

As mentioned, Bolton and Bury are in a mess. Both must win four games just to break even. Tough times await Southend United, too. Having dramatically survived on the last day, the Shrimpers haven't made significant improvements in this window.

Of the others which just clung on to third-tier status, Rochdale replaced manager Keith Hill prior to the campaign's end. While the Dale believe the change will provide a boost, it could easily work against them.

Since promotion to this level in 2015/16, AFC Wimbledon's survival has been in the balance. The Wombles required a fantastic run during the last campaign's second half. They haven't made much improvement since. It falls on the same squad to keep them away from trouble. Accrington Stanley face a difficult task as well. Second-season syndrome could strike Accy. They're sticking within their means regarding spending.

Opposite to popular opinion, another side with a relegation fear is Gillingham. Last season's top scorer, Tom Eaves has left the Gills. Goalkeeper Tomas Holy likewise. For a team in their position, losing key players spells trouble. Failing to replace them compounds the problem. 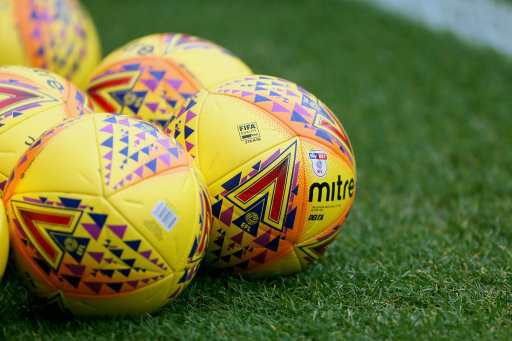 League One has had four managerial changes this summer. Paul Wilkinson is given the hardest task, moving to Bury. The mercurial Steve Evans arrived at Gillingham. Darren Moore, a former Premier League boss, took over at playoff semi-finalists Doncaster Rovers.

As for players, Marc McNulty joined Sunderland on loan from Reading. The striker will prove key to improving their attack.

Ipswich's James Norwood is the favourite to rack up the most strikes. The former Tranmere forward aims to prove himself quickly at this level.

Saturday's opening contests include Peterborough against Joey Barton's Fleetwood Town, two sides many believe will compete in or around the top six.

August is a crucial month for highly-fancied Sunderland. They go up against two fellow title contenders. A trip to Ipswich before hosting Portsmouth.