Domenico Berardi to Liverpool? Too little, too late

In 2015, at 21-years-old, Berardi was a popular commodity. There was a catch, however. Co-owned by Sassuolo and Juventus, any interested club had to reach a deal with both clubs. When the Neroverdi gained full ownership of the player in July of that year, it signalled open season on the youngster.

A gentleman named Jurgen Klopp admired the Italian while managing Borussia Dortmund. When he took charge of a certain Merseyside team that plays in red, guess who many anticipated as his first signing?

Obviously, it never happened. The young fish destined for the big time never left his small, green pond. Like an algae infestation, his career stagnated.

When you consider Sassuolo is the only professional side he’s represented, it’s fair to say Berardi's done well. He’s the club’s all-time scorer, was instrumental in their promotion from Serie B in 2013 and subsequent consolidation in the top flight.

On a wider level, he became the youngest Italian in more than 20 years to score 40 goals in Serie A. The national team came calling last year. He now has five senior caps to his name.

It all sounds great, but it’s tempered somewhat when you take into account the context. Holding the all-time scoring record at a Serie A side at the age of 24 normally turns heads but this is a club that only participated in the second tier from 2008 onwards. Previously, the Neoverdi were a semi-professional club with the commensurate roster turnover.

His ‘record’ tally is just 73 in all competitions. That equates to 0.32 per game. Cristiano Ronaldo isn't shaking in his boots. Second on the Sassuolo list, Alessandro Noselli scored 38 in his 104 appearances. If you say you know who he is without Google’s help, you’re lying.

His first Azzurri call-up came at the back end of 2015 when he was still 21. Injury cruelly forced him to miss the matches. His next invitation didn’t come for another three years. By then, Italy suffered the ignominy of failing to qualify for the World Cup for the first time in six decades and were desperate to try something new. I’m not saying that Berardi’s caps were undeserved but you have to wonder if the Azzurri would have considered him if their fortunes were better? 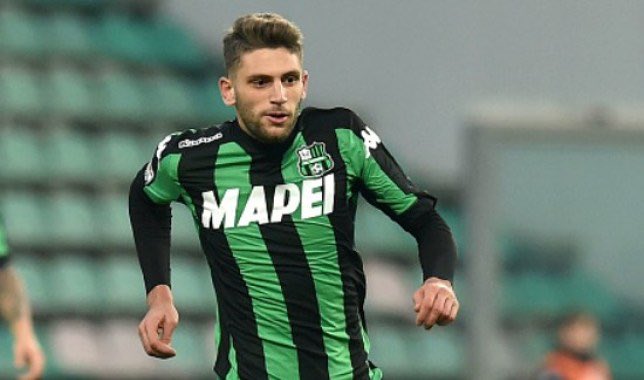 Anfield Edition
AnfieldEdition
Follow
Despite Sassuolo winger Domenico Berardi saying he would choose Liverpool over any other club, the Reds are unlikely to move for the Italian this summer. [Liverpool Echo] https://t.co/HxydTrLsyS
Follow
11:45 AM - 14th May 19
8
46

All of which brings us to today. The forward, now 24, contributed heavily to his side’s comfortable mid-table finish but saying he wants to play for Liverpool is more hopeful than realistic.

The Anfield club is coming off the back of a season that yielded 97 points during a Premier League campaign in which they lost just once. They're set to make back-to-back Champions League final appearances. Who wouldn't want to play for them? Even Luis Suarez and Philippe Coutinho are having second thoughts.

Klopp’s transformation of this club would be attractive to most players around the world. To push on and win trophies, they must bring in world-class talent. Gone are the days when Christian Poulsen and Andy Carroll would be considered marquee signings. Put your hand down, Paul Konchesky.

The next goal is to play in Europe, but at a club where I can be used a lot, if not always. That is my priority.

Irrespective of any other potential signings from Liverpool this summer, the Italian wouldn’t trouble Sadio Mané, Roberto Firmino or Mohamed Salah in a fight for a regular starting berth.

It’s nice for Domenico to have dreams. This one won't come true.