A Battle of pride.

An all-English final is on the cards for the UEFA Europa League. Despite mocking the “secondary” European trophy for ages, rivals Arsenal and Chelsea find themselves desperate to clinch it. If the hunger each displayed in the semi-finals proved anything, an all-out war awaits the City. The Europa League can only benefit from the high-voltage encounter.

While the London giants join Tottenham and Manchester United in playing hot potato with a top-four spot, they are unnerved in Europe. In the season's final days, one can notice similar patterns in the duo's machinations. Under new management, the Gunners and Blues both battle inconsistency. At one point, each built a fantastic winning streak. They were unstoppable. Then both dropped key results to lower-half sides. While Eden Hazard acts as the shining beacon to energize his team, Alexander Lacazette leads from the front for the Gunners.

On the other hand, the  Unai Emery and Maurizio Sarri evince distinctly different playing styles. The Spaniard integrated a fast-paced, incisive attacking style. He’s ruthless with his tinkering, often trying different set-ups. Some fail; others succeed. The Italian is adamant in sticking to his possession-based system in which each player has a specialised role. He won't vary tactics or lineups regardless of the opposition or results.

Defensive issues plague both. Chelsea sugar-coats their issues thanks to the manager’s knowledge but the squad's execution is as reliable as a sunny May afternoon in London. That being said, there haven't been many rainy days in either club's Europa League campaign. Unlike the English Champions League sides, they're in prime position to reach the final.

Yet when it comes to winning the entire thing, experience comes into play. Unai Emery was tailor-made for winning the Europa League. The three titles in his pocket from his Sevilla days gives him a clear advantage over the trophyless Sarri, who's never made a final in his career. Head-to-head in the Premier League, though, the two are even. No bragging rights exist. 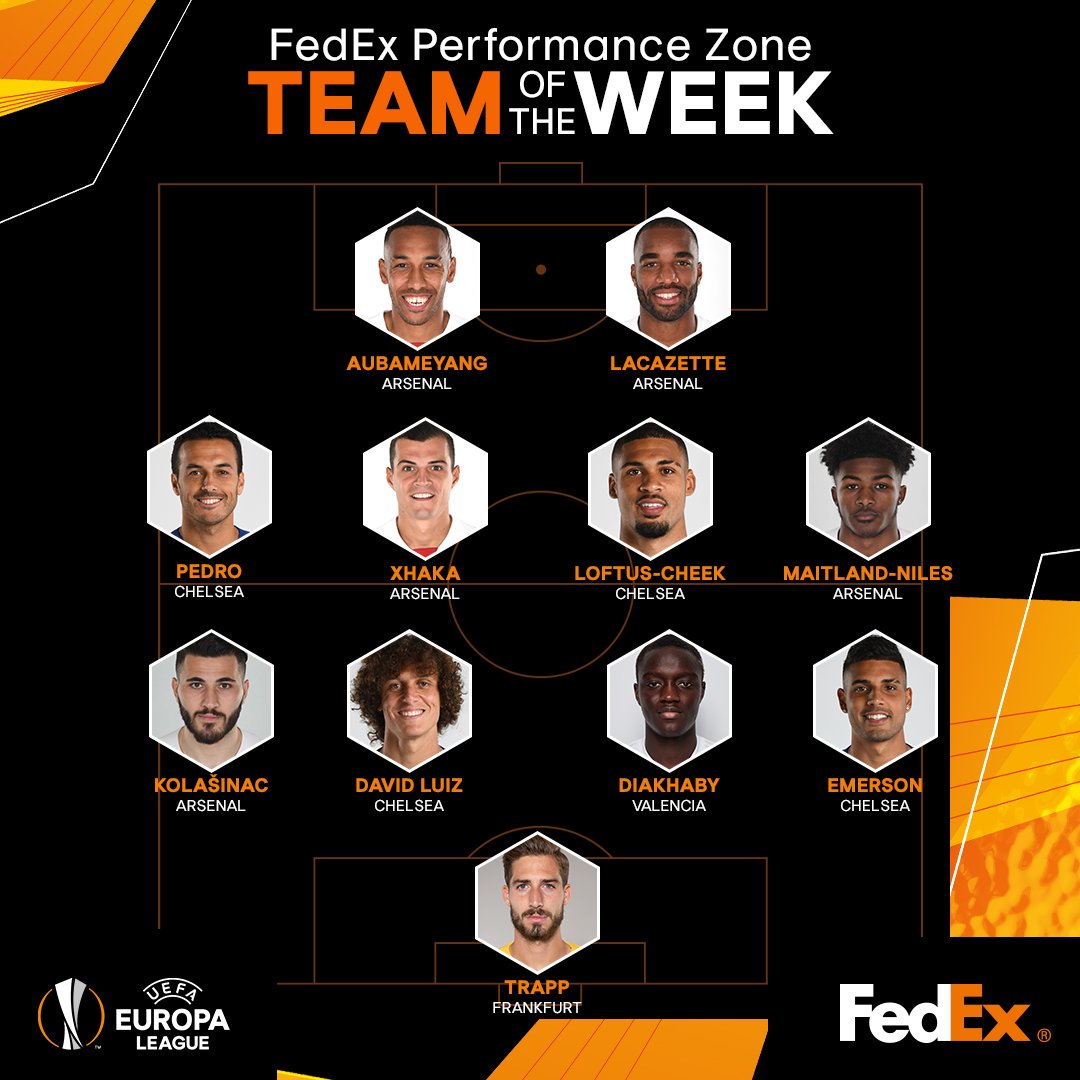 Tactics are a massive part in lifting the trophy, yet the players need to perform. The best-laid plans and all that.

Eden Hazard, despite netting 16 times and assisting 13 more in the league, is yet to contribute in Europe. Sarri protects him from the Europa League’s 'mediocrity', allowing the Belgian a mere two starts. To shine through in the biggest stage, the Belgian needs support. N’Golo Kante, despite his limitations under the Italian, is still the Blues’ beating heart. The inspired Ruben Loftus-Cheek and industrial Olivier Giroud [who leads the tournament with 10 goals] and creative Willian are also key to Sarri’s success.

The Spanish gaffer’s finals experience gives his side a mental edge if they see their edge over Valencia through in La Mestalla. Not only does he need his lethal striking combination to fire on all cylinders, he requires the best from the mercurial playmakers Mesut Ozil and Henrikh Mkhitaryan. The Spaniard also has a defensive problem to solve. Unless his stuttering backline improves, keeper Bernd Leno will need to deliver a Man of the Match performance in Baku.

Much remains at stake with the Europa League. Winning it, at least on paper, validates a successful season for one or the other. Emery wants to lay the foundation for a run as the Premier League's best manager by delivering the European trophy Arsenal have sought for decades. Maurizio Sarri wants to prove he can win a title while securing Chelsea's Champions League future.

The stage is almost set for a grand finish. A gunfight in the dusty Azerbaijan streets. Whose hand will be the faster and whose aim the truer?

Leave a comment
Latest Europa League Articles
Which Manchester United fringe players have chance to prove worth in Europa League?
By Jordan Street

Although Europa League football isn't what the Old Trafford faithful would have wanted towards last season's end, it's the hand they've been dealt. Those Thursday-Sunday…

From 1998 to 2017, under Arsene Wenger’s guidance, Arsenal held Champions League status. Ever since the Gunners have missed out. They have two pathways into Europe’s elite…

And God said, "Let there be football on Tuesday and Wednesday evenings. And he created the Champions League. And it was good. On Thursday, God rested.  But the Devil rebelled,…