Ademola Lookman on the high-road to redemption at RB Leipzig

Well, another one bites the dust. In Ademola Lookman’s case, that may well be a good thing. The 21-year-old becomes the latest English youngster to move to the lucrative Bundesliga in the hunt for a major breakthrough.

Of course, while his failures at Everton will attract criticism, citing him never making it on the biggest stages, this is a bold move by Lookman. He now has a point to prove by silencing all those questioning his talent. The best way he can do that is out on the football field.

To his advantage, the youngster is working under a brilliant teacher in Julian Nagelsmann. Ironically, for someone having had his own career cut-short at U-19 level with persistent injuries, the 31-year-old is among Germany’s best when it comes to nurturing young talents. Lookman will immediately feel at home.

The German manager electrified the spark in Serge Gnabry and Reiss Nelson’s ability, sending both back to their respective clubs in prime shape. Moreover, Nagelsmann's work in amplifying Newcastle's latest recruit, Joelinton, along with youngster Nadim Amiri has earned him high praise aplenty recently. After adapting himself to the new climate at Leipzig, Nagelsmann has the bright Englishman, signed on a long-term basis, to shape into his next prized asset.

There must be some pent-up frustration for Lookman to exorcise if he wants to truly succeed in Germany. After being benched for a stretch of games for underperforming, or being misused in different scenarios, the 21-year-old lost his way. Watching fellow U-20 World Cup-winning compatriot Dominic Calvert-Lewin carve his way a future at Everton must’ve only grown his frustration.

However, taking into account his wondrous work in the Bundesliga while on loan a year ago, it’s almost like Germany feels more home-like than England to Lookman. In his initial six-month loan stint at Leipzig, the English winger netted five goals while tacking on four assists in just eleven games. In comparison, in more than thrice the Premier League appearances, he only managed one goal along with a couple of assists.

While the Premier League’s competitiveness is widely respected, the Bundesliga has been a gold mine for up and coming stars. Perhaps the positive mentality, free-flowing style work in young players' favour. To stay in line with the national team’s style, Bundesliga sides encourage attacking players to take more risks to score goals, while also adopting a smoother, quicker tempo to their game. 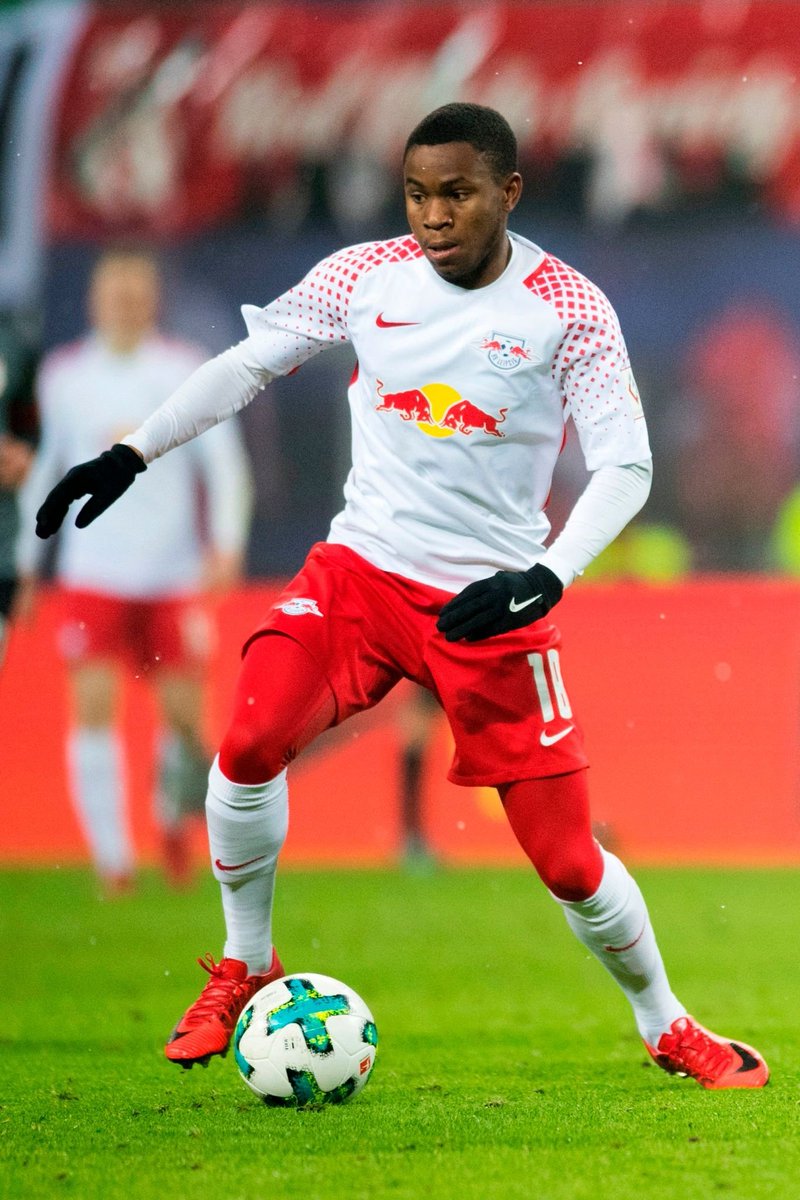 They moved to Saxony on optionless loans too; Leipzig are devoting time and effort to establish themselves as a go-to club for under-appreciated UK-based talent. https://t.co/ixBPjWuKPR
Follow
19:53 PM - 22nd Jul 19
9
161

RB Leipzig, for one, are especially forward-thinking with their style. It’s perhaps their exhilarating attacking spark and stark improvement of players which compelled Lookman to return. Nagelsmann’s fantastic work is an added bonus. However, the youngster could be forced out of his comfort zone due to the fresh tactics deployed by his new employers.

The German manager displayed his shrewd style with a 3-4-1-2 formation at Hoffenheim last season, with the attacking focal point coming straight down the middle, through his fantastic attacking trio of Ishak Belfodil, Andrej Kramaric and Joelinton. Leipzig, on the other hand, operated with a 4-2-2-2 formation, forcing the wingers to often cut inside to create chances for Timo Werner and Yussuf Poulsen.

Similarly, Lookman might have to act like an auxiliary winger at times to comply with Nagelsmann’s style. There’s also plenty of competition for him to hurdle over. Marcel Sabitzer and Emil Forsberg are both heavily involved in adding bite to the mega-talented Leipzig side.

However, considering how quick and clinical Lookman is, he’ll fight hard to give a different dimension to Die Roten Bullen’s attack. His electric movement, close control in possession along with a hunger for goal should take some pressure off the strikers' chest. Moreover, considering he’s tried and tested with this system, it won’t take much time to develop sparkling chemistry with his opportunistic strikers as well as creative midfielders.

Lookman should take inspiration from his junior, Jadon Sancho, who’s taken the league by storm. With twelve goals and fourteen assists last season, the Dortmund star emerged as one of Europe’s best wingers when given complete freedom to express himself.

If Lookman retains his fiery form and allows Nagelsmann to tap into his utmost potential, he could soon become the next Englishman to conquer the Bundesliga and break into Gareth Southgate's side.