Status quo is a Latin term that descendants of the Roman Empire appear to have forgotten. In Italian football, the faces and places change all the time. Managers regularly switch clubs. The final round in a Serie A campaign is a starter's pistol that sets the managerial carousel in motion. This summer, the focus is on the Milan clubs.

Gennaro Gattuso abruptly resigned from AC Milan after failing to guide the team into the Champions League places. Like a samurai, the faithful Milan servant sacrificed the remaining salary in his contract, claiming his Milan story "can never be about money." The Rossoneri are yet to name a replacement as they also deal with the ramifications of Financial Fair Play penalties.

Across the hall in the Giuseppe Meazza/San Siro, Inter moved slightly faster. Having made the Champions League, they still sacked manager Luciano Spalletti. In the season's final weeks, word broke the Nerazzurri were simply awaiting the season's conclusion to name Antonio Conte in his place. They unveiled the former Chelsea and Juventus boss between the Europa and Champions League finals.

While former Arsenal CEO Ivan Gazidis continues to search for his man, the coaching changes are no reason to panic at either side. Under the surface, there is a status quo in Serie A. Despite the constant shifts in personnel, teams maintain their identities. They may rise and fall to a certain degree but each plays its role in the football novela.

Cagliari, Bologna, Sampdoria, Genoa, Udinese and Chievo are the company players, the actors to fill the necessary roles in the unending tragedy. Clubs like Fiorentina, Roma, Lazio and Napoli are the dark horses, the villains who threaten the status quo. Milan and Inter are the heroes beset by troubles. Juventus are the true divas [apologies to upstarts Atalanta], manipulative, exploitative and always coming out on top.

So, even though the Milanese outfits are in managerial flux, there's no reason to think the two sides can't mount an attack on the Old Lady in 2019/20. Maybe even topple her from her throne for a spell to improve ratings. 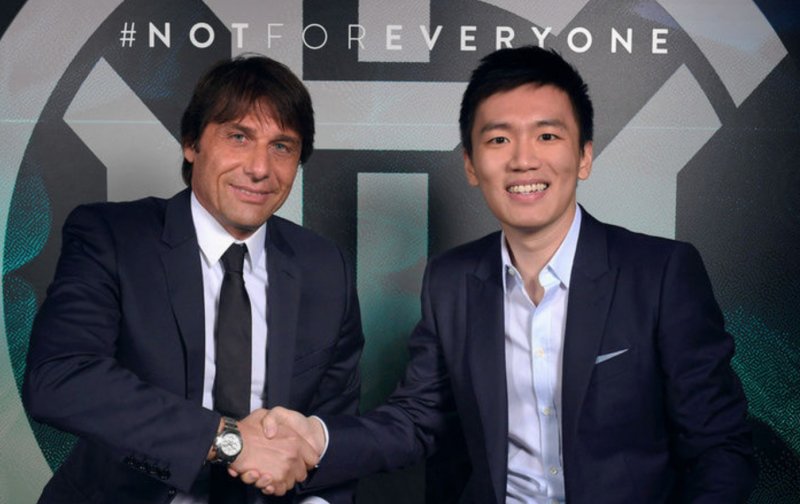 With new investors at both clubs, systems have been installed that are delivering steady improvement after some lean years.

Conte inherits an Inter side with talented attacking players but questionable defending. He will remedy that as he did at Chelsea, hopefully to more lasting effect. An Argentine, either Mauro Icardi or Lautaro Martinez, will lead the line unless the club goes all-in on Romelu Lukaku. Ivan Perisic and Keita Balde will create havoc on the flanks. Radja Nainggolan will patrol from box to box. Marcelo Brozovic and Antonio Candreva could become Conte's Beneamata versions of Willian and Pedro, albeit in more central roles. There's an outside chance that Philippe Coutinho could return. Had you forgotten he once wore the Nerazzurri stripes?

The fiery gaffer may seek to strengthen his defensive unit. Diego Godin is a reported target and depth is required for the Champions League. That said, his current centre backs are serviceable. Milan Skriniar and Stefan de Vrij simply need coaching.

With no Champions League football and a tighter budget, the Rossoneri must be more pragmatic. Building through youth is the path they are choosing from necessity. As such, they will do everything the can to keep Gigi Donnarumma between the sticks and build their attack around 23-year-old Krzysztof Piątek.

CEO Gazidis must fill in the pieces between the pair with well-scouted, affordable talent. He did so to good effect at Arsenal. His mission starts by identifying a manager who can instil positive tactics into a young squad. Might he look at former Gunners playmaker Mikel Arteta, currently Pep Guardiola's number two at Manchester City? The Spaniard was the frontrunner to replace Arsene Wenger at the Emirates before Unai Emery came into the picture late. The natural connection that pundits make is Wenger himself. But can the 69-year-old find the energy to fully commit to such a project and, if not, does he possess the humility to merely fill the coaching role? A more sensible target might be another Guardiola disciple. Erik ten Hag managed the Bayern Munich B team under the Catalan before taking Ajax back to the Eredivisie summit and the Champions League semifinals.

With so much turmoil in Milan, it's tempting to think the champions in Turin need focus only on Napoli's threat again in 2019/20. Both Milan and Inter would love to catch them looking the wrong way, however.

29-year-old freelance writer, writing about football is what i enjoy doing, I love Manchester United.