Is Kelechi Nwakali another failed Nigerian project in Europe?

At each FIFA U17 World Cup, a star is added into Nigeria's constellation. With almost every edition, though, another gives way, drifting into extinction. Kelechi Nwakali, the most valuable player at the 2015 edition, is on the brink of completing this dreaded circle.

A galaxy of youngsters will be on show when the Super Eagles face Ukraine in an international friendly on Monday. Nigeria is in a mini-transition of some sort, following a third-place finish at last summer's Africa Cup of Nations (AFCON). Ex-Premier League stars John Obi Mikel and Odion Ighalo bowed out, ushering in the new era.

The baton was passed to Samuel Chukwueze and Victor Osimhen. Both, 20, already showing extraordinary desire, maturity and continuity. Chukwueze enjoyed a breakout campaign at Villareal in 2018/19, racking up six goals and two assists. Osimhen was even more prolific with a dozen strikes on loan at Charleroi from Wolfsburg.

Despite a hectic summer in Egypt bereft of decent pre-season, the youngsters are firing on all cylinders, no sign of fatigue. While the pacy Spain-based winger has dashed his way to one effort, his counterpart, now on the payroll of Lille, leads Ligue 1 scorers table with four. It's not the same joy for Kelechi Nwakali - the last piece of the trident that dazzled at the 2015 FIFA U17 World Cup.

The trio was influential as the Golden Eaglets cruised to a historic fifth title in Chile. Osimhen and Chukwueze were uncontrollable in the final third. They contributed 18 strikes (13 goals and five assists) to bring back home the Golden and Bronze Boots respectively. However, Nwakali's calmness, leadership and maturity earned the overall's best player award. 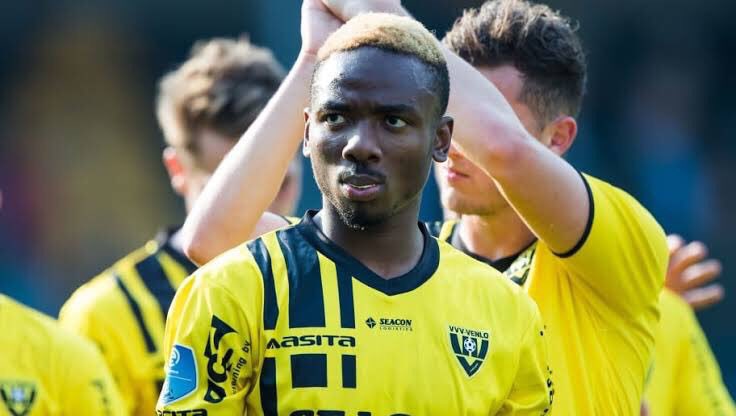 Stardom was envisaged following a switch to Arsenal in 2016.  Hailed for his languid style that belies his endeavour and ability, Nwakali is the archetypical deep-playing midfield. Not one to typically jump into tackles, he trails the play with an ability to beat a player and release the ball quickly, opening up space for his fellow attackers.

The Nigerian didn't flaunt these qualities at the Emirates. Work permit issues forced him away on loan four times - most recent at FC Porto B, racking up 16 appearances. Beyond the regulations, though, Nwakali didn't quite live up to the hype. The Gunners didn’t think twice to bundle him away to Spanish second-tier side SD Huesca three years into his five-year deal.

Nwakali now finds himself at a path to oblivion synonymous with some of his country's brightest talents. Kelechi Iheanacho, Sani Emmanuel, Stanley Okoro and Macauley Chrisantus are the most recent to make the harrowing trip. These bunch’s careers didn't leave up to expectations after promising much at the cadet level.

Bar Iheanacho, the remainder blotted out. Top scorer at the 2007 edition, Chrisantus wandered 11 clubs in the last decade. Emmanuel and Okoro shone in the next edition but careers light dampened just one year after. Iheanacho is striving at Leicester City. There's a similar feeble trend after bursting their first shot.

The next three years will be crucial for Nwakali. He has the opportunity to avert this forbidden trend or risk the same fate. The midfielder is already miles away from ex-teammates Chukwueze and Osimhen but at 21, there's still plenty of time.

Huesca was relegated to the second-tier last season after finishing in 19th spot on the table. After three matches, they are sixth with equivalent points.

In Spain, Nwakali could emulate Chukwueze. The Villarreal man could him settle in swiftly in the country. There would be less pressure and expectation in the Segunda Division where the game is slow. Considering the midfielder failed to fascinate in two loan spells in the Dutch second tier and Porto B team, perhaps he could just be drifting towards amnesia...