Background Image Via: Flickr/Daniel. CC BY 4.0.

Ah, competitive football has returned. Tomorrow sees the first Scottish Premier League fixtures being played in the 2019/20 campaign in what is expected to be yet another enthralling season north of the border.

Right here we'll be focusing on arguably the greatest footballing rivalry in the world; the Old Firm. If you're after a full SPL preview, head here.

Well, I guess it's only right we start with last season's Champions, Celtic. It was all running smoothly for The Hoops until late-February when Brendan Rodgers unexpectedly decided that a move to Leicester City was too good to turn down. Neil Lennon would head home and finish the job in emphatic fashion, making it eight titles in a row and two away from the magical ten.

Transfer-wise, the main order of business is ensuring that Kieran Tierney remains at Celtic Park. For now, the 22-year-old will be donning the famous Green & White for the upcoming term, but as we know in football things can change quickly. In preparing for the worst, Lennon has already added Boli Bolingoli to the squad from Rapid Vienna in a £3million deal, while £7million was spent on Christopher Jullien from Toulouse. Hatem Abd Elhamed is another centre-half added to the books as Celtic look to improve their backline. Given the losses of Dedryck Boyata, Mikael Lustig and Cristian Gamboa, it makes sense.

Craig Gordon and Scott Bain almost split their time in between the sticks last term. Expect the latter's minutes to increase as he takes over as the regular starter. The aforementioned Tierney is a real cult hero across the terraces and if fit, he starts with regularity. The evergreen Scott Brown and the influential Callum McGregor will continue to lead the charge from midfield, while Scott Sinclair and Odsonne Edouard will be hoping for similar production in 2019/20. 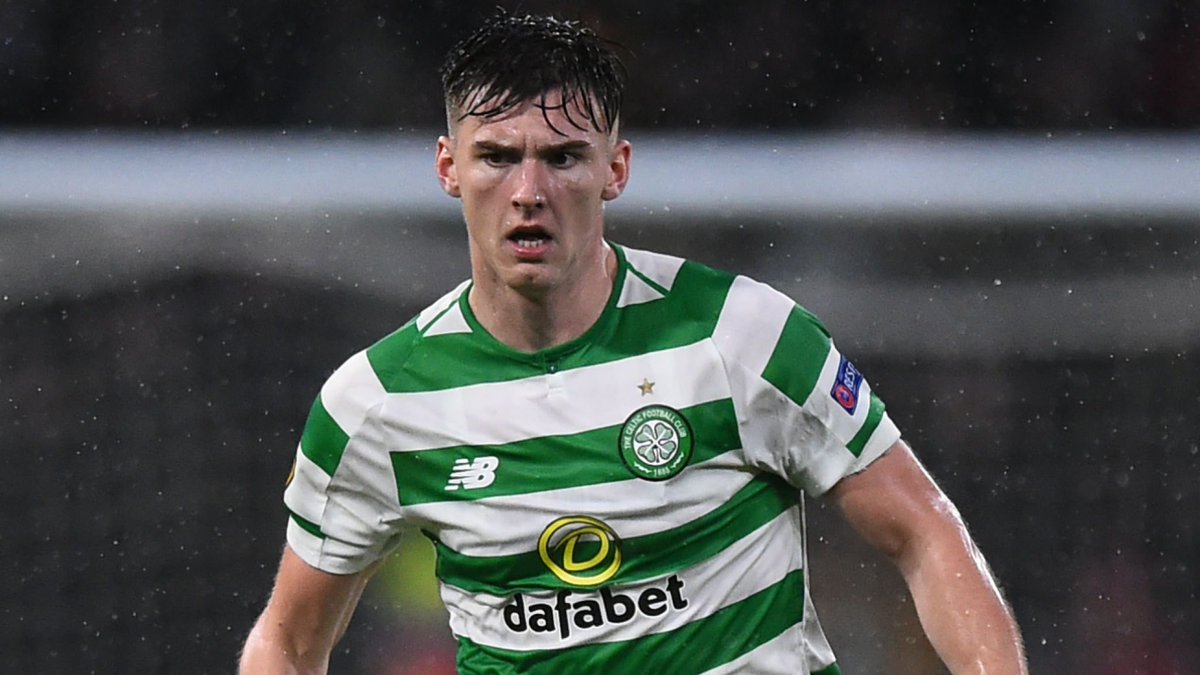 DailyAFC™
DailyAFC
Follow
“He's desperate to leave Celtic and join Arsenal in the Premier League, I'm sure of that, but at the moment, it looks like it might be up in the air as Celtic want more money up front and Arsenal are reluctant to pay it.”

Lennon isn't the glamour name that Hoops fans crave for, though his status as a club legend will forever be secure. Eyebrows were raised when given the job on a permanent basis but the proof is in the pudding - he has always produced for his beloved Celtic and there's no getting away from that.

Celtic's expectations remain the same. Clean up domestically while progressing as far in Europe as possible despite being on a markedly slimmer budget than their rivals. A two-legged tie against CFR Cluj in the third qualifying round will take priority in August, if victory is secure, all attentions will then switch to a possible play-off game for a spot in the group stages. The financial rewards could potentially make the world of difference. Domestically, a home game against Hearts could be challenging, while the real tester comes on September 1st; an away game against public enemy number one... Speaking of Rangers...

Securing a second-placed finish in the 2018/19 season would have brought mixed feelings to the Rangers supporters. They're making progress, the gap between them and their fierce rivals is shortening, though watching Celtic lift yet another title would have been painful.

Losing right-winger Daniel Candeias will hurt, while loan spells for Jordan Rossiter and Ross McRorie could prove fruitful in the long-term. Lee Wallace and Lee Hodson left on free transfers, as did Kyle Lafferty. In terms of incomings, Sheyi Ojo coming in on loan could be a masterstroke, as could adding Joe Aribo on a free. Centre-back Filip Helander joins in a £3.5million move from Bologna and George Edmundson arrives from Oldham Athletic for a little over £700k. Midfield veteran Steven Davis could also have an underrated part to play.

When analysing Rangers' squad, where else to start but Allan McGregor? The 37-year-old is entering into his thirteenth season with Rangers across two spells. He'll be as important as ever. The English defensive duo of Connor Goldson and James Tavernier will be key, while midfielders Scott Arfield and Ryan Jack will have huge parts to play. Alfredo Moreles remains the danger man as the Colombian looks to build upon his 30-goal tally from last season while trying to work on that temper of his... 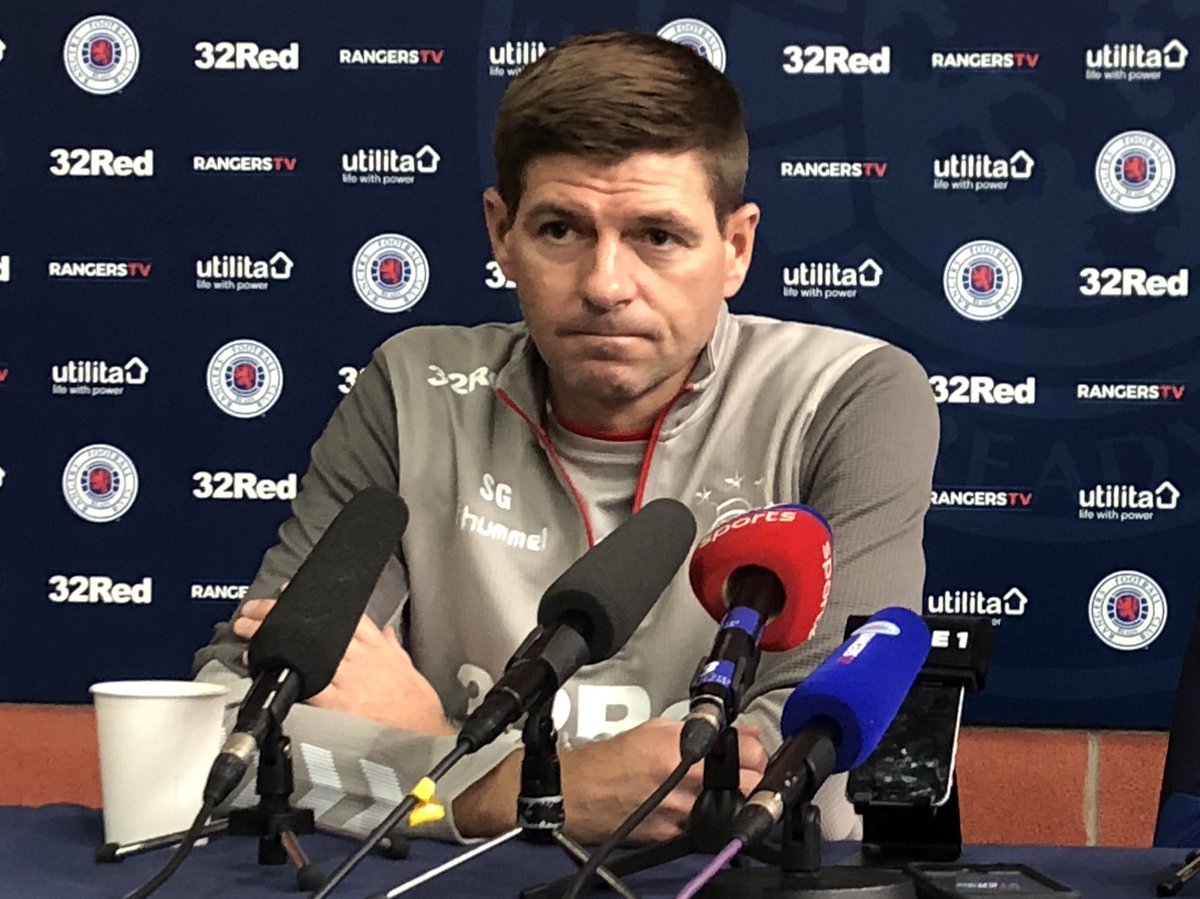 “If I'd seen any signs that he wasn't (committed to the club) he wouldn't be involved on a matchday.

“He trains really hard. He's smiling about the place.

Gerrard's managerial stock is only rising and despite interest from elsewhere you always felt like his intention was to remain with Rangers. You get the feeling that the 2005 Champions League winner has unfinished business, he wants to topple Celtic and cement his own Scottish legacy.

Anything less than a second-placed finish would be an absolute travesty. Celtic remain favourites but Rangers will put the pressure on. With a good start who knows what can happen? Their enemy hasn't been tested whatsoever for the better part of a decade. This season could be different.

Rangers also have continental hurdles that they're looking to overcome. For them, FC Midtjylland await in the Europa League third qualifying round. Domestically, a great measuring-stick comes against Kilmarnock this Sunday, while a fixture against Hibernian could be a stumbling block. It's all about throwing down the gauntlet and winning the first Old Firm of the season against Celtic on September 1st.

Everyone expects these two to finish first and second in the table once again and it would take a brave man to bet against that. Fortunately, I am not a brave man... Celtic will win their ninth SPL title on the spin although I fully expect Rangers to continue closing the gap. Gerrard is doing some fantastic work at Ibrox, but The Hoops' superior squad should have enough to get the job done.

Perhaps we'll see a first trophy for the Liverpool legend in the Rangers dugout? Both the Scottish League Cup and Scottish Cup competitions represent excellent opportunities to do exactly that.

Scottish football isn't doing well. The national team is languishing and the domestic game is faring no better. Crowds are shrinking, sponsorship is drying up and…

Can Alessio Turn Kilmarnock’s Season Around?
By Jonny Keen

When Angelo Alessio pitched up at Kilmarnock in June, he had big shoes to fill. Outgoing manager Steve Clarke was bound for the Scotland job after leading Killie to European qualification…

How will Celtic spend their summer?
By Jordan Street

Celtic Football Club has hoovered up the Scottish Premiership eight times in a row. Rangers' financial fall from grace certainly played its part. Will Hoops fans care? Not…